One Evangelical's View of Mormonism

My relationship with Mormonism started off on the wrong foot.

I was a 16-year-old junior in high school, recently re-committed to my relationship with Jesus Christ and an active member of a rockin' evangelical youth group, when I met some Latter-day Saints my age who began encouraging me to learn about their religion. I was confused by their efforts to convert me, confused by their insistence that I must be baptized yet again "by the proper authority" (I'd already been baptized Protestant twice). My LDS friends adamantly asserted that they were my fellow Christians, but I had never encountered a fellow Christian who had shown so much interest in converting me to his or her particular denomination. Not even the Catholic and Orthodox Christians I had known had gone so far in their zeal to uproot me from Protestantism.

My confusion led me to consult what evangelical leaders were saying about Mormons, and so began my descent into the countercult mindset. It did not take very long for me to memorize the script: Mormonism was a counterfeit gospel, a pseudo-Christian cult that taught "a different Jesus." This Jesus was the brother of Lucifer and the son of a God from another planet who had to progress from mortality to deity along with his goddess wives. Mormons denied important doctrines accepted by the rest of the Christian world such as creation ex nihilo, the Trinity, sola scriptura, and salvation by faith alone, and I did my best to make sure everyone knew it. Subsequently, it also did not take long for my attitude toward Mormons to transform from genuine inquiry to scorn and derision. When it came to the LDS church, I think it's safe to say my heart had been hardened.

It made me unhappy. I tried to tell myself that I was only "speaking the truth in love" to Mormons, that it was okay to be harsh with these "truths" the same way Jesus and John the Baptist had rebuked the Pharisees, but the answer from inside me was always the same: "Who are you kidding?" The way evangelicals often talked about Mormons behind their backs -- with condescension and mockery -- brought me to shame. On top of that, I was discovering that the evangelical books and websites on Mormonism that I had depended on for information were doing a terrible job interacting with the LDS responses to their arguments. Evangelical scholars Paul Owen and Carl Mosser covered this phenomenon extensively in their 1998 paper "Mormon Scholarship, Apologetics and Evangelical Neglect: Losing the Battle and Not Knowing It?"

I was 18 years old by the time I broke ties with the countercult ministry completely, and turning away from that movement was a scary move for me to make at the time. After all, the Christians involved in these ministries were older and much more experienced with Mormons than I was; who was I to say their approach to Mormonism was wrong? I certainly had no idea what a better approach would look like. All I knew was that I needed to be doing something other than what I had been doing, that there had to be another way.

Since I dropped my caricatured perceptions of LDS belief and culture and began to really listen, Mormonism has surprised and delighted me in ways I never could have dreamed. My journey led me to seek my undergraduate degree at Brigham Young University, run by the LDS Church, where I studied under some of the Church's brightest scholars and got to interact with devout Latter-day Saints on a regular basis. What I found was a history and theology broader and more nuanced than I ever could have imagined, a belief system full of diversity, imagination, and robust philosophical arguments.

I have been intrigued by my study of the theological and historical problems found within Mormonism and the competitive, scholarly approaches devised by Mormon thinkers in response to these problems. More so, I have found that for many (but not all) of the doctrines that separate Mormonism from traditional Christianity, there are ways of looking at these doctrines so that they closely resemble certain strains of historic Christian thought that are considered orthodox. For others, such as creation ex materia, deification, and henotheism, Mormons are mounting impressive defenses from the Bible itself along with ancient Jewish and Christian history, defenses that evangelical scholars would be very unwise to ignore.

It's hard to say what the future holds for the relationship between Mormonism and evangelical Christianity. My true desire as an evangelical is to see the LDS church reform its theology into something that can fit under the umbrella of orthodox Christianity so that each of us can embrace the other as full Christians and brothers and sisters in the Lord, and while I know many Latter-day Saints who would object to that goal, can you blame me for dreaming? You have so much I admire, I think it's only natural that I wish to see you brought into full fellowship with us. In the meantime, I'm hopeful that our future will hold more respect for and mutual understanding of our differences than it has in the past.

Bridget Jack Meyers is an interdenominational evangelical Christian who has worshiped in the past with Nazarene, Presbyterian, and Assembly of God congregations. Currently she attends New Community Church of Tacoma and considers herself more Pentecostal than anything else. She holds a bachelor's degree in classical studies from Brigham Young University and will be pursuing her master of arts in American Christian history at Trinity Evangelical Divinity School in fall 2009. She owns and maintains ClobberBlog and is currently a guest contributor at LDS & Evangelical Conversations. 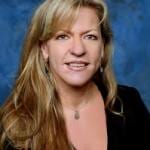 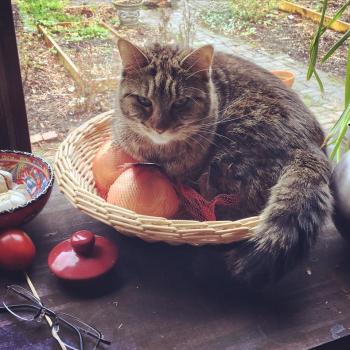 Blogging, Gloria the Cat, and What to do About All the Unhappiness
Anne Kennedy
Get Patheos Newsletters
Get the latest from Patheos by signing up for our newsletters. Try our 3 most popular, or select from our huge collection of unique and thought-provoking newsletters.
From time to time you will also receive Special Offers from our partners that help us make this content free for you. You can opt out of these offers at any time.
see our full list of newsletters
Editor's picks See all columnists