One Thing in Common: Arabs and Americans Don't Care 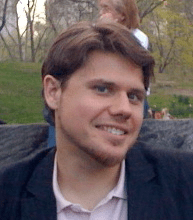 Clocking in just under an hour, President Barack Hussein Obama's speech in Cairo on Thursday no doubt surprised even the most cynical of listeners in its unanticipated displays of candor and cultural savvy. Cynics like me will hardly admit this publically when we are confronted by the innocuous question of pollsters, "What did you think of Obama's speech?" This question, along with its equivalents over the past few weeks, gives any respondent from the Muslim world little room to break into a chorus of If I Had a Hammer.

After all, responses of unequivocal optimism are little better than saying, "Gee-wiz thanks, America! You've done your part, now we'll take it from here." Any purported "response" from the Arab street must be read in light of this bias, while any web site or magazine that assembles ten Muslim voices, for example, should rather be titled "The Voices of Ten Upper Middle Class Muslims Who Enjoy Access to the Internet, Who Reflect a Strangely-Convenient Spectrum of Political Perspectives, and Who All Speak English (as our foreign language editors are busy covering bloodier headlines)."

To be fair, at times Obama's speech stirred my emotions like a Pixar film on MDMA. Those who would immediately dismiss such emotion on the unimaginative actions-not-words pretense have forgotten that it is in the conflicting feelings of the fleeting now that most of us find our humanity. From my own anecdotal experiences, I have found that those who are quickest to dismiss such humanistic concerns are either ideologues of various stripes or unmarried engineers. The rest of us kindly request only a few hours of reflection before we shift back to the customary politicking, pussyfooting, and pandering.

Indeed, Obama's citations of the Quran were brilliantly played, and even his butchering of the words "al-Azhar" and "hijab" made him appear almost endearing - not ig'nant as has been the case with other twenty-first-century American presidents whom need not be named here. Moreover, Obama successfully maneuvered the minefield of women's rights with arguably the least alienating tone of a Western leader to date. His mention of the historical veracity of the Holocaust was rightfully uncompromising and unapologetic, though one could almost hear his Egyptian audience's thinking, "What does seventy-year-old European history have to do with us?"

The other easily anticipated criticism of Obama's speech comes in response to the President's perceived acquiescence to the Mubarak regime's undemocratic rule. Intellectuals and activists from the Arab world and beyond knew that Obama had little incentive to condemn his Egyptian hosts directly in this particular speech. In response, many have used the opportunity to voice their own condemnations of the Egyptian government.

Democracy proper may be a secondary concern for the majority of Egyptians, however, and Obama's "commitment to governments that reflect the will of the people" perhaps better encapsulates a more immediate-albeit equally elusive goal-for those who have seen little good coming from the Egyptian ballot boxes over the decades. In truth, the majority of Egyptians I have known might be willing to overlook their limited voting rights if the ruling National Democratic Party were not so consistently inept and so completely devoid of vision. The government's latest nationwide pig culling in response to the swine flu epidemic reflects a vision that compares with that of my glaucoma-afflicted grandmother; the government's arguments in favor of such a campaign hold water almost as well as she does too.

In a similar vein, the government's banishing of the popular preacher Amr Khaled on the eve of Obama's speech will no doubt further alienate a substantial portion of educated middle-class Egyptian youth from their government. Such developments quickly sap the strength of Obama's emotional appeals to these same youth to "reimagine the world." It is little wonder that a recent study by the University of Kansas and Gallup placed the level of optimism in Egypt near the very bottom of a 140-country survey.

In the end, however, symbolic gestures are often far more important than most people are willing to admit to presumptuous pollsters or even to themselves. It would be psychologically unhealthy to lose hope in Obama's vision at this early stage.

An Egyptian friend asked me today about the symbolic resonance of the President's speech over here in America. Shocked by this fellow's poor sense of timing, I explained that American icon David Carradine had been found dead this morning, and when a reasonable mourning period had passed, maybe then we Americans could focus on obscure speeches from half way around the world. Of course, that is unless a celebrity pit bull mauling grabs the headlines in the interim.

Matthew Ingalls is a Ph.D. candidate at Yale University. He has lived in Cairo for too many years.