RESPECT, Find Out What It Means To Muslims

"This man is different. He speaks to us like we're equals." 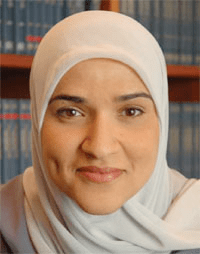 This is what the college student sitting next to me at Cairo University said at the end of President Obama's land mark speech to Muslim communities around the world. The speech was received with standing ovations in a packed auditorium of 5000, as audience members chanted "O-Ba-Ma!"

How did the new President of the United States, speaking in the country with 2008's lowest approval rating for U.S. leadership, receive a rock star reception? While applause certainly does not mean approval, I offer the following analysis of what went right in President Obama's historical address.

Sweating the Small Stuff; In global diplomacy, the little things make or break the delivery. President Obama did an unparalleled job of mastering the nuances. He began his speech, after thanking the sponsors and praising the venue, with Islam's ancient greetings of peace-As-salaamu ‘alaykum. Verses of the Quran studded his speech, electrifying the audience at every mention. He spoke about his personal experience with Islam, the beauty of the call to prayer, and his own Muslim family roots. The credibility this created meant that President Obama could say the very same words as former President Bush-that the United States was not at war with Islam-but be heard dramatically different.

Islam as a religion of progress, not just peace; President Obama successfully separated between violent extremism and Islamic teachings. However, he not only argued that Islam was benign, but that it was beneficial as the foundation of a great civilization that continues today. Perhaps most importantly, President Obama passionately argued that Muslim and America were not mutually exclusive concepts, but instead deeply related and mutually enriching, from the very inception of America to today's vibrant and successful Muslim American communities.

Empathy; Rather than either ignoring the challenges dividing the U.S. from its Muslim majority counterparts or mischaracterizing Muslim anger as a hatred of Western freedom, the President acknowledged the real policy issues and addressed them head on, from the Israeli-Palestinian conflict to democracy promotion.

The Balancing Act; President Obama delivered the most contentious messages with balance and respect, addressing audience concerns over the fabled American-Double-Standard. When he criticized the state of religious freedom in the Muslim majority countries, including Egypt, he also spoke about the plight of Muslim minorities in Europe and even the United States. When the President talked about a deficiency in women's rights-an issue many in the region perceive as a favorite Western cultural beating rod against Muslims-, he stated that women's inequality is a problem around the world. Even when it came to anti-American stereotypes, presumably a regular stable of the last eight years, the President began by first making the unprecedented declaration that as President of the United States he considered it his duty to help stamp out anti-Islam stereotypes. This worked so well that when it was time in his speech to address anti-American stereotypes among Muslims, people applauded. I heard some around me say in Arabic, tab'an, (of course), suggesting his point was only fair.

Partnerships, not Paternalism; President Obama outlined a number of initiative ideas, from projects to strengthen women's literacy to initiatives to promote entrepreneurship and innovation. However, while the President emphasized the pro-active role the U.S. was ready to play, he stressed the importance of equitable cooperation, not American rescue missions or civilizing missions.

While we continue to debate the relative worth of well chosen words versus detailed plans and concrete actions, one thing is almost certain: al Qaeda's Director of Recruitment hated the speech.

Dalia Mogahed is Executive Director and Senior Analyst at the Center for Muslim Studies at Gallup. She has been appointed by President Obama to the Advisory Council of the White House Office of Faith-based and Neighborhood Partnerships, where she is working to realize the President's priority of interfaith cooperation.