Sermons for a New World

Christian Community: And The Two Became One

"For he himself is our peace, who has made the two one and has destroyed the barrier, the dividing wall of hostility.... His purpose was to create in himself one new humanity out of the two, thus making peace, and in one body to reconcile both of them to God through the cross...."

Aren't those beautiful images of what God did through Christ? God, through Christ, brought together people who had previously been at odds with one another - people who had been fighting over who got to be called "children of God." God did away with the old dividing lines and brought all of humanity together to be the Church. God reconciled the different factions and gave them peace.

So, if this is what God did and continues to do in Christ, what are we doing?

We in the Church today spend an awful lot of time putting up barriers and building back up the dividing walls of hostility that Christ broke down. It seems to me that we are acting more like the Jewish Christians referred to in Ephesians who were so concerned with keeping the law that they excluded the Gentile Christians because they were uncircumcised.

The Jewish Christians did this because they were concerned with the purity of their gathering and the rightness of their actions. But by focusing on these concerns, the Jewish Christians were relying on their own efforts instead of allowing God to be God. And I think we in the modern Church have gotten ourselves into a similar mess.

I know I'm not alone in thinking that this is the state of the Church today. I have plenty of anecdotes from people I know who have left the Church or have little to no respect for it because of this very issue. They have either been personally affected by the internal struggles or they are tired or sickened by all the bickering they see going on. They have moved on to find a connection with God in some other way or have stopped believing in God all together.

It's oh-so-easy to look at the actions of others and point out the various ways in which they are excluding people from being called God's children. But it is far more difficult to consider ways in which we ourselves are guilty of doing this very thing. We often act in small, and maybe even big, ways that essentially deny the fact that someone or some group of people are not equal with us in being children of God.

What types of people cause you to put up barriers or build up dividing walls instead of reaching out to be in community with them?

I remember a woman I used to work with who drove me absolutely nuts. She was a fixer. She liked to suggest ways that people could fix their situation, regardless of whether or not she had been asked to offer suggestions in this way. I always dreaded talking with her because it seemed that even our inane small talk gave her an occasion to tell me how I could fix something in my life. You can bet that after only a few interactions like that I began to avoid talking to her. If I was about to leave my office and heard her voice in the hallway I would wait to give her time to move on before going out. I don't think she did this out of sense of being better than others. It was just how her mind worked. She liked to figure out how to make situations better.

But, she drove me insane. It made me stop listening to her. She probably offered me some good tips, but because she did it without my asking for her help, it felt invasive, pushy, even tone-deaf on her part. And because I felt like she wasn't really listening to me, I felt justified in not listening to her. I began to think less of her - she was an annoyance to be avoided instead of a person to be respected and interacted with. It might have been an act of mental self-preservation, but I still didn't fully value her as God's child.

She represents the type that pushes me to put up barriers -- people who don't really listen to me, who think they know me before they've really given me a chance to tell them who I am. If I get even a slight sense that someone is doing that, I shut down and write that person off. Not very Christian of me, eh?

Those barriers and dividing walls go up quickly, and once they're up, they're very difficult to bring back down. God knows that. That's why it took an extreme action on God's part to get those walls to come down. God had to come live among us in Christ and die on the cross to get those divisions to go away. 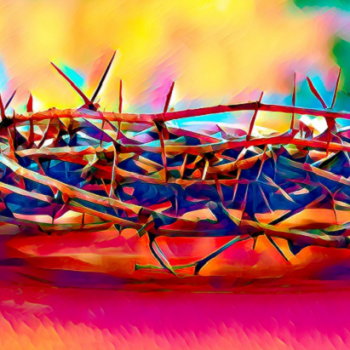 My Kingdom Is Not of This World
Fr. Stephanos Pedrano, O.S.B.
3

From Founding a Startup to Deloitte to the Convent
Matthew Schneider
Get Patheos Newsletters
Get the latest from Patheos by signing up for our newsletters. Try our 3 most popular, or select from our huge collection of unique and thought-provoking newsletters.
From time to time you will also receive Special Offers from our partners that help us make this content free for you. You can opt out of these offers at any time.
see our full list of newsletters
Editor's picks See all columnists