Does marriage between one man and one woman represent some kind of theological truth about marriage? Is it how God wants us to live, as one mainline Protestant theologian puts it? People on both sides of the discussion about gay marriage draw on the same theological meanings of marriage to support their views.

Historically, although there is plenty of evidence that sexuality was expressed outside the bounds of marriage, the Christian tradition has held the view that marriage is between one man and one woman. Three basic theological goods that result from this union are companionship and conjugal love, procreation, and family as the basic unit of society.

Marriage understood as the ideal faithful expression of companionship can be drawn from the biblical text in Genesis 2, where God creates man, and then declares that it is not good to be alone, and hence creates woman. Theological reflection on this has lead to the notion that the image of God is expressed not just in the individual, but in the unique form of companionship between a man and a woman. Marriage as sacrament expresses thisit conveys something about the relationship humans should have with God and with one another.

The good of procreation in marriage is drawn from Genesis 1, where God commands Adam and Eve to be fruitful and multiply. Gods purpose in creating men and women and the institution of marriage is fulfilled when children are born. So important is this theological good of marriage in the Roman Catholic tradition that the Churchs official position is that forms of artificial birth control go against Gods will and blessing. For Protestants, planning ones family is part of our responsible exercise of freedom.

These three theological goods of marriage are the basic points upon which those who argue for or against the possibility of gay marriage stake their positions. The most obvious theological argument against gay marriage might be based on the inherent impossibility of procreation in a marriage between two men or two women. However, traditional marriages where one or both partners are unable to procreate are still viewed as marriages by the church, and procreation can be expressed in a couples life together through adoption or other forms of service to the community. Hence, proponents of gay marriage may argue that while traditional procreation is not possible, they can certainly adopt, or support charities and institutions that serve the needs of children, hence participating in this theological good of marriage.

Those advocating for the traditional form of marriage may also do so from the perspective of the unique companionship that is formed in marriage, by arguing that it is not simply two persons who can express this companionship, but that there is something unique in the companionship between a man and a woman. God created man and woman, and this union of the two different sexes somehow uniquely expresses the image of God in a way that the union of those of the same sex may not. Yet gays and lesbians who are already in committed relationships will suggest that their relationship does in fact sustain the kind of fidelity, commitment, and covenant that God intended for humanity.

Finally, there are those who suggest that gay marriage will undermine the structure and stability of society, which is already faltering because of divorce and broken families. They fear that opening marriage to gays and lesbians will lead to others, perhaps polygamists, who will make further demands, and at some point the institution of marriage will become meaningless. Gods will to order the human community through the institution of marriage will be undermined. Those who advocate for gay marriage point out that it is fidelity in marriage that makes it a stable unit of society, and that there are plenty of traditional marriages that fail. Being in a same-sex marriage allows for the same possibility and hope for a faithful, ongoing, covenanted relationship that can actually be a part of the ongoing stability of our common life.

These brief sketches of the theological meaning of marriage, and how they are contested in the context of the discussion about gay marriage, simply hint at the directions of thought on this topic, and like any other theologically contentious issue, will be part of our ongoing conversation as we try to live faithfully in a diverse, rich, and flourishing community. 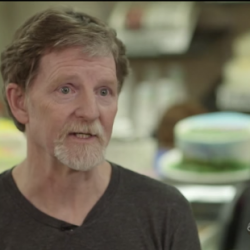 A Fresh Perspective From the Apostle Paul
Susan E. Brooks
3 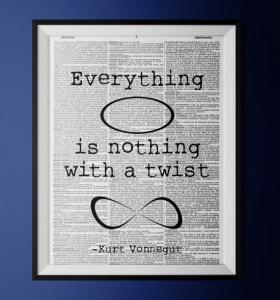 Continuity & Change: The Zen Priest Revisits Himself From Ten Years Before
James Ford
4

Get the Reading That Will Answer Your Questions!
Alura Rose
Get Patheos Newsletters
Get the latest from Patheos by signing up for our newsletters. Try our 3 most popular, or select from our huge collection of unique and thought-provoking newsletters.
From time to time you will also receive Special Offers from our partners that help us make this content free for you. You can opt out of these offers at any time.
see our full list of newsletters
Editor's picks See all columnists