Obama in Egypt: Let the Unsaid be Said 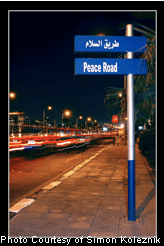 When Barack Obama offered to "reboot" relations with the Muslim world, many thought that he would choose more democratic examples of progress, such as Indonesia (where crowds would be thrilled at the sight of an American president speaking Bahasa Indonesia) or Turkey (where Obama had a well-received test run during the United Nation's Alliance of Civilizations conference in Istanbul).

Both countries deserve credit for recently pushing back against dogmatic religious parties (in Indonesia's case) yet against the total exclusion of religion in political and public life (as is gradually happening in Turkey). These patterns of liberal democracy and religious freedom, combined with economic reform and development, are emerging as the social, political, and economic models for developing Muslim countries.

However, the selected venue for Obama's proper Muslim address on June 4th - Egypt - shows little of these characteristics. As such, there is the chance that repressive views on press and political freedoms, led by President Hosni Mubarak, could be reinforced. Mubarak himself hides behind a facade of democracy, buttressed by a 28-year state of emergency and re-election But then again, Obama is no ordinary American president. And he has the opportunity to make no ordinary speech.

America's relationships with countries in the Middle East has always been based on realpolitik, with the understanding that, in order to not destabilize an already sensitive region, some things were better left unsaid. But today, unlike during the Cold War, we know that these "unsaids" are only prolonging the misery - namely the disenfranchisement of millions in the Muslim world due to their governments and the double standards employed by America in response to them. It's time for these "unsaids" to be said.

What do you think? Join the discussion on Obama's speech in Cairo.

Is Obama up to such a task? There may be evidence that he is as demonstrated by his recent clash with newly installed Israeli Prime Minister Benjamin Netanyahu. When pressed by Netanyahu recently on confronting Iran, Obama pushed back, with support from the Democratic congressional majority. The surprise statement by Assistant Secretary of State Rose Gottemoeller that the US would like every country - including Israel - to sign the nuclear Non-Proliferation Treaty (NPT) also means that the era of "plausible deniability" of Israel's otherwise well-documented arsenal of nuclear weapons may be coming to a close.

While Obama's approach to Israel is encouraging, it is only half the story. Egypt, along with scores of other Muslim countries, needs a dose of the same medicine. Defense secretary Robert Gates recently told Mubarak that military assistance is not linked to democracy or human rights (though nor is Israel's). But things don't have to end there.

To coax Egypt on the moderating path that countries like Indonesia and Turkey have taken, statements should be made assuring that economic progress will follow political and press freedom and the protection of minority rights. American excesses and oversights in the region should be acknowledged. Dynamic indigenous activism, such as the April 6th Movement and the work of Wael Abbas should be lauded. Obama can also make much of himself as the product of a democratic system that, for all its faults, prevents the unending authority by one person or party and provides appropriate checks and balances - all within the world's most stable country.

In the past, Egypt has bristled with American pressure, banning political parties, locking up dissidents, and curbing political rights. Of course, Obama is not the perfect messenger. His message on torture and legal rights has been mixed at best, with worrying accommodation of legal arguments on state secrets and "prolonged detention." But an increasingly knowledgeable citizenry, prompted to assert its rights by Obama and not Bush, will still mean increased pressure and its own risk of instability. If Egypt responds to pressure the way it has in the past, it will suffer alone.

Other more democratic and prosperous Muslim countries need Obama's support, but they will not regress if not given an overture. But Egypt could suffer if not prodded along in the right direction and Obama has one of the freest hands that any American president has been dealt. With it, a deference to realpolitik - and its stifling effect on affecting political change - can finally be cast aside in favor of real progress.

Zahed Amanullah is associate editor of Altmuslim.com and lives in London, England.