Four centuries later, with Christianity established as the state religion of the empire, Christian emperors shut down all such pagan holidays and pagan shows.  So the romantic Greco-Roman party was over. Or was it? Was it really over? And was it really a party to begin with?

Important symbolic convergences suggest the opposite. Love and violence were always joined. This may help to explain the logic of this fascinating pagan-Christian juxtaposition of February 14. Pagans and Christians need not always be at war. Several of their images overlap in significant and interesting ways. Think of Mary the Mother of Sorrows, with her desperate look and bleeding heart. Is she grieving over the martyrdom of her son? Or is she a powerful image of the tragic element in all such loving attachment?

Love and loss: they were always thought together in Greece and Rome. Cupid's Greek name is Eros, and he is armed with a bow and arrow; this was a real and lethal weapon in the ancient world. Romantic loving is linked to dying in tragedy even more than in comedy. The lover in love can be a martyr just as surely as a courageous priest or martyr. Eros and Agape are not two diametrically opposed forms of human loving. Those Renaissance artists in Italy who became fascinated with the juxtaposition of "Sacred and Profane Love" knew this well. Consider too their renewed fascination with a highly eroticized Saint Sebastian—now there's an arrow in the heart.

To be sure, Saint Valentine's Day is not a Christian holiday in any real sense, certainly not in a Protestant culture that has done away with saints and their feasts. But the lingering spiritual impulse of romantic love, an impulse given powerful new life by Romanticism, is visible and very close to the surface of our celebration. Self-giving love is self-giving whether it is framed as passionately romantic or self-sacrificial. There is a rich poetic tradition that speaks of the martyrdom of all romantic love. We are called to give ourselves to the lover as one gives oneself to the god. Loss of self and self-fulfillment are twinned gestures and composite experiences.

While often perceived simply as a holiday designed to serve the luxury market, and to remind those who are single of their lostness and isolation, I have never seen it so. It is a rich and sometimes lyrical reminder of the power and the danger and the rare mystery of love in all its forms. 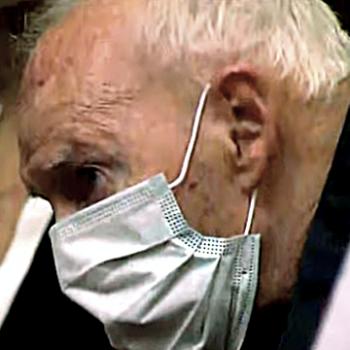 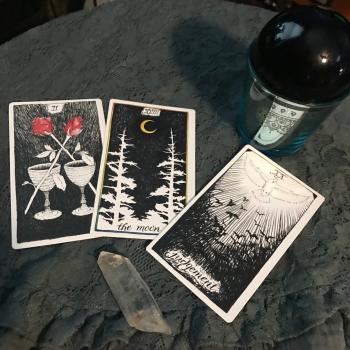 Tarot Tools For Transformation: Mind, Body, & Soul
Lilith Dorsey
Get Patheos Newsletters
Get the latest from Patheos by signing up for our newsletters. Try our 3 most popular, or select from our huge collection of unique and thought-provoking newsletters.
From time to time you will also receive Special Offers from our partners that help us make this content free for you. You can opt out of these offers at any time.
see our full list of newsletters