What is a Protestant? 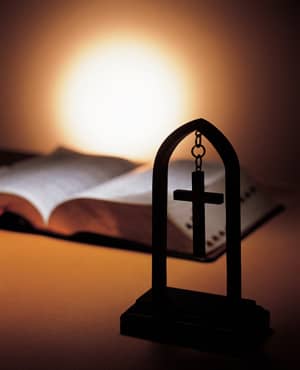 Protestantism, like other Christian traditions, recognizes the life and death of Jesus of Nazareth, a wandering 1st-century Jewish teacher executed by Roman authorities, as the singular divine revelation of God. But unlike Roman Catholic Christians and Orthodox Christians, Protestants also cherish a unique network of practices and beliefs based upon the work and writings of the great Christian reformers of the 15th and 16th centuries. These great reformers, including Martin Luther and John Calvin, caused a revolution in Europe as they sought to rejuvenate the Christian Church through careful reflection, deep scriptural study, and thorough reform of Church leadership. The term "mainline," meanwhile, is unique to America, and refers to those American Protestant denominations brought to the United States by significant European immigrant constituencies, and includes the Methodists (from England and Wales), Lutherans (from Germany and Scandinavia), Presbyterians (from Scotland), Episcopalians (from England), and Congregationalists (mostly from England).

What's the difference between a Protestant and a Catholic? Learn here