What is Marital Union? 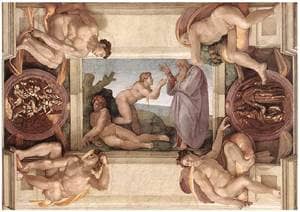 In her article on same-sex marriage, Dr. Rosemary Reuther mentions how the aspirations of a homosexual couple are similar to those of a heterosexual couple -- desiring an intimate union, children, and family, and not injuring heterosexual marriage.

On the surface it may seem that way, considering that so many heterosexual marriages lack a solid spiritual foundation. Really, however, among people of Faith -- Catholics, Protestants and Jewish persons, and not excluding Muslims and Hindus -- one notes both deep desires for complete union, body and soul, with an opposite-sex person, and with the desire for children. Now people with same-sex desires may wish they were able to be physically attracted to persons of the opposite sex, but sadly, the attraction is not there. To be sure, some do recover their natural heterosexual tendencies, and would to God, more will be able to do so. From Holy Scripture we learn that this natural attraction is good.

My starting point includes Holy Scripture and natural moral law. The Church argues that God created male and female (Gen. 1:27), and God admonished them to increase and multiply (Gen. 1:28). Then in the second chapter, after Eve is presented to Adam, he exclaims: "This one, at last, is bone of my bones and flesh of my flesh. This one shall be called woman, for out of ‘her man' this one has been taken" (Gen. 2:23). That is why a man leaves his father and mother, and clings to his wife, and the two of them become one body (Gen 2:24). [New American Bible]

With regard to homosexual unions, there are no children by natural means, and the length of the union between males is short. One study by two homosexual researchers reveals that, after the first five years of being together, strict fidelity in regard to their relationship is no longer necessary -- they simply prefer each other while at home. In heterosexual marriages fidelity is prescribed by the Ten Commandments and by the natural moral law of Justice.

There are many who deny that God has revealed Himself to the human race. In this situation one can make use of arguments from reason concerning marriage. Historically, men and women have accepted that the two purposes of marriage are: 1) the complete body-and-soul union of a man and a woman; and 2) the hope of children. The arguments from reason, natural moral law, and scripture are similar, but scripture has the power of divine authority. In a Christian perspective we read in Ephesians 5:25-26, "Husbands, love your wives even as Christ loved the Church and handed himself over for her, cleansing her by the bath of water and the word. " How beautiful Christian marriage can be!

Father John F. Harvey, O.S.F.S., MA (Psychology), STL (Moral Theology) from CUA and is the author of three books on persons with same-sex attraction, including Homosexuality and the Catholic Church: Clear Answers to Difficult Questions (Ascension Press, 2007). He is Director Emeritus of Courage, which he founded in 1980 at the request of the late Terence Cardinal Cooke, Archbishop of New York.