Who Decides the Future of Evangelicalism? 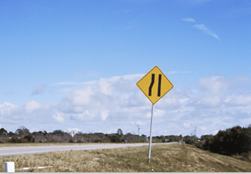 No small portion of the strength and beauty of contemporary Evangelical Christianity is found in the way it reaches across so many of the trenches that have divided humans into warring camps. Since Evangelicalism is defined by a core set of beliefs and values, not by race or ethnicity, region or nationality, status or denomination, Evangelicals are scattered across the globe in every color and class, from the African-American Baptist in Alabama to the white non-denominational Evangelical in California, from college fellowships at Stanford to prayer groups on Wall Street, from wealthy Korean Presbyterians to poor Evangelical Catholics in Brazil to impoverished Evangelical Protestants in Nigeria.

In many respects the rich differentiation of Evangelicalism is ideally suited to the consumerism of the contemporary global religious marketplace. Any person can become Evangelical by personal affirmation, and can attend Evangelical churches that are white, black, Hispanic, or Asian; charismatic or non-charismatic; upper, lower, or middle class; and so on. This is not to say that there have not been clashes. There are passionate disagreements between Pentecostal and non-Pentecostal or fundamentalist and non-fundamentalist Evangelicals, and unfortunately Evangelical churches in many places remain de facto racially segregated. Largely, however, Evangelicals have managed to be differentiated without being divided - and this differentiation has allowed Evangelicalism to appeal to people of all varieties and tastes.

It may not appear as though political division is a serious threat. Evangelicals were more unified against Barack Obama, with three-quarters of their vote, than they were against Bill Clinton. The difference, however, is in the level of distrust and animosity that exists now between Evangelicals of opposing political persuasions. Many Evangelicals on the left are now so burdened by the connotations of the word that they call themselves "post-Evangelical" or seek another label entirely.

Christians should model a truthful and charitable form of social discourse, yet "left" and "right" Christians accuse one another of heresy and paint one another in caricature. Conservative Evangelicals, rather than seeking to understand how Christian commitments might lead their progressive brethren to favor liberal policies, often scorn the progressives as deceived anti-American conformists, complicit in the deaths of the unborn, who adore Barack Obama with an idolatrous fervor, and who would rather abandon biblical truths and values than lose the esteem of the world. Likewise progressive Evangelicals, rather than rejecting the stereotype promulgated in the popular media and representing their conservative brethren fairly, often scorn them as unsophisticated knuckle-draggers, flag-waving white-trash bigots who are complicit in the deaths of Iraqi children and who have made America into an idol.

There is no small danger here. Since political divisions are entangled in regional and racial differences, political animosity swiftly morphs into regional or racial animosity. Divisions in the church diminish our power to manifest Christ's love to the world. Jesus prays for his followers to be one in order "that the world may believe that you [the Father] have sent me" (John 17:21), and Paul admonishes the Christian to "put off falsehood and speak truthfully to his neighbor, for we are all members of one body" (Ephesians 4:25). Our unity is essential to our mission in the world, and we place our political opinions above our religious commitments when we allow our political differences to fracture the Body of Christ.

Each side also owes a debt to the truth. It was never true that conservative Evangelicals only cared about abortion and gay marriage, just as it is not true now that liberal Evangelicals only care for worldly applause. Liberals have accepted the common caricature of the "Religious Right" because it allows them to exhibit their superiority by torching the straw man. Conservatives have developed their own caricature of the "Religious Left" because they do not want to accept that Evangelical values might be expressed in liberal policies. Political differentiation is a strength; it allows Evangelicalism to appeal to persons on all points of the political spectrum. Political division is a weakness. The best way to overcome the caricature of the "Evangelical" is not to apply it to those other Evangelicals but to show why it was never true in the first place.

What unites us is stronger and more important than what divides us. The future of Evangelicalism in America will depend, in part, on our ability to look past political differences to what roots us in Christ together, and thus to the basis for our common work in reforming the church and redeeming the world.