Who Speaks for Islam

January 01, 2000
Can Muslims reassert orthodoxy in the face of fundamentalist revolt? 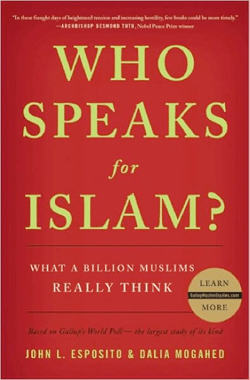 WASHINGTON - Why is Islam such a violent religion? Does the Qur'an condone acts of terrorism? Why haven't Muslims denounced the 9/11 attacks and suicide bombing?

Whether in the media or public discussions, these are common and persistent questions. But, in fact, major Muslim religious leaders and Muslim organisations have and do speak out. The media tends not to find these fatwas (religious legal opinions) and statements newsworthy but they are available on the internet.

Shortly after the 9/11 attacks, for example, Muhammad Abdur-Rashid, the most senior Muslim chaplain in the American armed forces, asked for a fatwa about whether American Muslim military could participate in the war in Afghanistan and in other Muslim countries. A group of prominent religious authorities concluded that "All Muslims ought to be united against all those who terrorise the innocents, and those who permit the killing of non-combatants without a justifiable reason" and that it was acceptable "to partake in the fighting in the upcoming battles, against whomever their country decides has perpetrated terrorism against them."

Islam, like other religions, distinguishes between legitimate and illegitimate acts of violence. The Qur'an does not advocate or condone illegitimate violence or terrorism. The Islamic tradition places extensive limits on the use of violence and rejects terrorism, hijackings and hostage taking. However, Muslims are permitted, indeed at times required, to defend their religion, their families and the Islamic community from aggression.

What about suicide bombers? What about violence against non-combatants? Since the late twentieth century, these issues have resurfaced in Israel-Palestine, Lebanon, Iraq, Pakistan, Indonesia, America and Europe as suicide bombing has come to be equated with martyrdom, relinquishing one's life for defence of Islam and the community.

Debates over legitimate versus illegitimate violence have been highlighted by the Israeli-Palestinian conflict. Prophetic traditions (narrative stories about Muhammad's words and deeds) clearly and absolutely prohibit suicide because only God has the right to take the life he has granted. Historically, both Sunni and Shi'a Muslims have generally forbidden religious suicide and acts of terrorism.

Suicide attacks, especially those that target innocent civilians or non-combatants, have precipitated a sharp debate among prominent religious authorities in the Muslim world. Sheikh Ahmad Yasin, the late religious leader and founder of Hamas, and Akram Sabri, the Mufti of Jerusalem, as well as many other Arab and Palestinian religious leaders, have argued that suicide bombing is necessary and justified when faced with Israel's illegal occupation and overwhelming military power.

Others condemn suicide bombings, in particular those that target civilians, as terrorism. The Grand Mufti of Saudi Arabia condemns all suicide bombing as un-Islamic and forbidden by Islam. Sheikh Muhammad Sayyid Tantawi, the former Grand Mufti of Egypt and current Sheikh of al-Azhar, and thus a major religious authority, draws a sharp distinction between suicide bombings that are acts of self-sacrifice and self-defence to defend one's land and help the oppressed and the killing of non-combatants, women and children, which he has consistently opposed.

A key issue that has emerged in these debates is that of proportionality, that the response or retaliation must be in proportion to the crime committed. Those who seek to justify the killing of civilians argue that in Israel there are no innocent civilians both because Israeli society is a military society (men and women have to serve in the military and continue to serve in the reserves) and because Israeli occupation and policies indiscriminately kill Palestinian civilians.

The debate - what some call the war of fatwas - among religious leaders is reflected in the harsh criticism by Sheikh Yusuf al-Qardawi, whom many regard as the most pre-eminent and influential religious authority in the Arab and Muslim media, of Sheikh Tantawi, who condemned the suicide attack that killed 26 Israelis in December 2001:

"How can the head of Al-Azhar incriminate mujahedin (Islamic fighters) who fight against aggressors? How can he consider these aggressors as innocent civilians? ...I am astonished that some sheikhs deliver fatwas that betray the mujahedin, instead of supporting them and urging them to sacrifice and martyrdom."

Qaradawi also criticised Sheikh Muhammad bin 'Abdallah as-Sabil, the imam of the grand mosque in Mecca, for declaring that killing Israelis is not permissible. Qaradawi declared,

"The Palestinian who blows himself up is a person who is defending his homeland. When he attacks an occupier enemy, he is attacking a legitimate target. This is different from someone who leaves his country and goes to strike a target with which he has no dispute."

In contrast, Timothy Winter (Sheikh Abdal Hakim Murad) of Cambridge University maintains, "this kind of targeting of civilians, for instance, the aberrant use of terrorist violence is something that really is very new... It hasn't gained much inroad into the leadership of the religion, but in the masses on the streets, as it were, particularly in very tense, unnatural places like Gaza, the slums of Baghdad and other places, it does have a certain standing unfortunately. And this is the great challenge of the leadership of the religion - how to reassert orthodoxy in the face of a growing groundswell of fundamentalist revolt."

The point is this. Islam, like other religions, distinguishes between legitimate and illegitimate acts of violence.

John L. Esposito is professor of religion and international affairs at Georgetown University, founding director of its Prince Alwaleed Bin Talal Centre for Muslim-Christian Understanding and author of What Everyone Needs to Know about Islam and Unholy War: Terror in the Name of Islam. This On Faith article is distributed by the Common Ground News Service.