Courage in a Time of Darkness 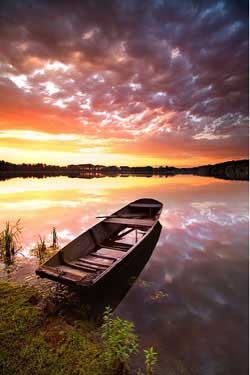 The word courage has been on my mind for some time now. It is a little game I play in reading magazines, journals, and the newspaper, to keep a lookout for words of significance, and courage has, for me, become one of those words. Sadly, it has not been much in the media recently. As many of us are in a state of shock or quiet desperation, courage is far from our thoughts.

So what is courage? How do we find it? How do we live it? Webster's Dictionary defines it as "That quality of mind which enables one to meet danger and difficulties with firmness, valor." The word is derived from the French word coeur, meaning heart, and comes from the ancient idea that our character and the best of our emotions come from the heart. The movie Braveheart portrayed a life of courage against all odds. A better film and one that reaches deeper into the word's meaning is A Man for all Seasons. This is the story of Sir Thomas More, a man of great wisdom and nobility, who refused to bow to the wishes of his king on a matter of principle and lost his life for it.

There is no better passage in Scripture that speaks of courage than the first chapter of the Book of Joshua. Moses had been the leader of the Israelites for forty years, and now Joshua was to take over. God, knowing his doubt and fears, saying to him three separate times: "Be strong and very courageous." Each time the emphasis is different. First, he promises Joshua, "As I was with Moses, so I will be with you. I will never leave you nor forsake you." The second time, he adds "Be careful to obey my instructions." The third time we see his deep concern for his possibly nervous servant. "Have not I commanded you! Be strong and courageous. Do not be terrified. Do not be discouraged. I will be with you wherever you go."

What great lessons we can learn from this passage. Joshua had doubts. So do we. He is the same loving God and Father, and his promises to Joshua apply to us now.

For the Christian, there is every reason to be courageous, no matter how dark the external situation may be. How I need this courage as president of a small, vulnerable company, whose financial future looks bleak, even as I am writing this. But I can look back and know that God is faithful and has provided all that I needed in the past. God promised to be with Joshua in difficult times: "As I was with Moses." Being in difficult times myself, that promise has special meaning to me. God's second admonition, "to obey," is just as applicable. If I walk in obedience and love with my Savior, I can trust that he will give me courage. Thirdly, in spite of all my doubts and fears, God is patient and persistent in his encouragement. He will always be with me wherever I go and whatever I do. Nothing can separate me from the love of Christ. Now is the time for courage!


John Hoyt was born in China to medical missionary parents and was in a Japanese prison camp there as a teenager during World War II. He graduated from Cambridge University in England, led an expedition over the Alps with an elephant to follow Hannibal's route, and came to the United States in 1960. He is president of Spectrex Corporation and lives in Bellingham, Washington.

Originally published at TheHighCalling.org as “The Call to Courage in a Time of Fear and Doubt.” Reprinted with permission.