Film, Homosexuality, and the Church 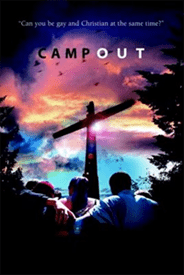 Dr. Frank Tupper recently attempted to lead a seminar on Baptists, homosexuality, and the church at the Cooperative Baptist Fellowship's General Assembly this week. Unfortunately, it was cancelled, signaling even moderate Baptists' inability to discuss the matter. This inexplicable navel-gazing on the part of the CBF makes them little better than the Southern Baptist Convention (SBC), and, in fact, one could argue that at least the SBC knows what it believes and is willing to stick to its convictions, misguided though they may be.

In his explanation for why he felt a seminar was necessary, Dr. Tupper writes: "However, my primary concern for discussion of the issue of homosexuality is the simple truth ‘it is not an issue.' Responses to the question of Baptist attitudes toward ‘homosexuality' is actually a response to many of our children or friends' children, persons we have taught in Sunday School, young persons whom we have seen confessing faith in Christ in the waters of baptism. Some say, the homosexual population only entails 5 to 10 per cent of the population. Yet when that 7 per cent involves families I know, friends of my children, persons in my congregation, the percentage turns into the question of bringing my children to Jesus for his blessing and grace.

I do not expect everyone to have a strong interest in the subject of homosexual persons in the life of the church in contrast to other missional concerns. Yet it is a concern, because homosexual persons who have grown up and been baptized Baptist Christians think that the last place on this side of hell that will welcome them in the hospitality of Jesus is a Baptist congregation-fundamentalist or moderate one and the same."

The important implication here is that personal contact makes all the difference. Issues often cease to be just issues when they impact those we love. One of the great benefits of film is its ability to put us in virtual contact with a host of people and situations with whom and which we might never, or never want to, encounter. I believe that for those believers and communities of believers on the edge of this discussion and prayerfully wanting to engage it even further, film can play a valuable role. To that end, here is a short list of films that might provide entry points to the conversation. This is a mainstream list to be sure and is not meant to be exhaustive or fully representative of gay and lesbian cinema.

In this situation, documentary films prove especially helpful because they tell stories of real people who have experienced both exclusion and embrace. To that end, three films come to mind, For the Bible Tells Me So, Camp Out, and The Education of Shelby Knox. The first documentary tells a series of vignettes about Christian families who once held anti-gay worldviews fueled by their faith. They held strongly to these views until learning that one of their own children was homosexual. This documentary provides alternative interpretations of scriptures most often used to oppress gays and lesbians.

The second documentary, Camp Out, tells the story of the first Christian summer youth camp that welcomes homosexual teens. This camp builds, most likely, on the interpretations of scripture in For the Bible, and thrives on a spirit of welcome and inclusion. It reveals that teens are often more articulate about their sexuality than adults might give them credit for. The only thing missing here are insights into the Bible studies in which they engage throughout the week. It would be interesting to see what the leaders encourage the students to read and how they handle scriptures that have been used oppressively.

Finally, Shelby Knox reveals that the church's inability to fruitfully engage the homosexual community stems from its disconnect and perversion of sexuality to begin with. If our ministers and communities cannot speak progressively and intelligently about heterosexuality, how can we expect them to do so regarding homosexuality? As Shelby Knox begins to combat abstinence-only sex-ed in her school district, she encounters members of the gay and lesbian community in her school and realizes that she must participate in their fight for equality as well.

Yet just because these films purport to tell "true stories" does not mean that they do so without bias or shortcomings. Thus viewers and leaders must be diligent in their consumption of them, looking for elements that might work against the very message of liberation they seek to espouse (suspicious editing or stereotypes for example).