Yet the long tendrils of the devil were slithering around my neck. My friends began to shun me for my embarrassing behavior. Instead of asking them to sit beside me, I reached out my hand and said Accio! When the pastor complimented my wife on her disarming smile, I muttered Expelliarmus! beneath my breath and smirked. I developed an unnatural fondness for the word "git" and once finished a public prayer by replacing Amen with Alohomora. Whenever I walked past goats I felt an inexplicable desire to do them violence.

Yet the downward spiral is steepest near its end. In the summer of 2007, while conducting research at St. Olaf College in Minnesota, I hit rock bottom. The final book in the septet was about to be released; you might recall the frenzy of anticipation. Children were holding séances in the streets. Ouija Boards were everywhere. Reporters interviewed Gravely Concerned Christian Parents every night. Farmers hired security guards, and goat's milk hit $20 a bottle.

In the days before the release, I was so desperate to know how the story ended that I downloaded a bootlegged copy onto a library computer and spent hours squinting at the hastily-scanned pages. Soon I was suffering a Hagrid-sized headache and wandering the book stacks crying out for Madame Pomfrey. At night I clambered back into my chair and kept reading, hoping beyond hope that Harry and Hermione would survive. (Ron could eat it, as far as I cared.)

Yet I still had plenty left to read on the day the book was released. A giggling horde of Girl Scouts had taken possession of the campus for a conference, and the bookstore announced it would stay open until midnight in order to sell the concluding volume to the girls.

Thus it was that I stood in line that night -- the only person in the building taller than Flitwick and the only one sporting a Y chromosome -- to receive my copy alongside hundreds of squealing little girls in pajamas and pigtails. Christians are called to speak the truth in love, of course, so I should have told the girls something compassionate, like: "Soon you'll all be selling cookies in hell!" But instead (see the extent of my sin!) I actually felt that we were all a part of something special together.

When I reached the cash register, the woman looked at me askance. "You don't look like a Girl Scout."

Even as I paid $6.66 for the book, I knew I would never tell my professors back at Harvard that I had fallen to impersonating Girl Scouts. But it comforted me to imagine that perhaps my gigantic theologian friend was out there somewhere too, pretending to be a Girl Scout with a severe hormonal imbalance.

Yet finally my eyes were opened. In a crowd with my fellow Girl Scouts as we headed out the door, I saw one girl OMG'ing her BFF on her cell phone, with this exchange:

The reply came swiftly. "U wanna meet up to read it 2gether?"

"Totes!" The girl smiled sweetly. "And then we can summon Beelzebub. Maybe burn some Bibles."

"Eggzactly. I mean, all Jesus needed was a simple Stupefy spell and he could've avoided the whole cross thing. ROFL."

Stunned, I resolved right then that I would never read another page of Harry Potter, as soon as I was finished with the last book. I had found Waldo, and Waldo was me. It was time to find Jesus again. Two days later, I completed the Epilogue, set the book down, and quit cold turkey.

I'm a recovering Potter-holic, and I've been Potter-free for two years now. I understand why parents are concerned for their children and wish to protect them from malign influences. But we should all oppose Harry Potter, parents or not. Do it for the addicts like myself; do it for the safety of the local goat populations; and do it for all the independent convenience stores that cannot stand against Lord Value Mart.

For another prespective on the Harry Potter phenomenon, read Beth Davies-Stofka's review of Harry Potter and the Half-Blood Prince. 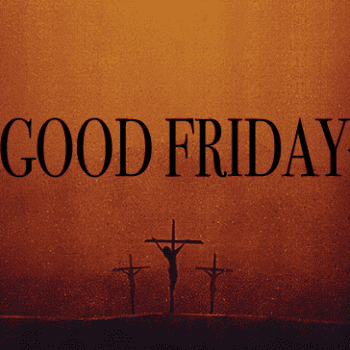 What's So Good About Good Friday?
John D Gee
Get Patheos Newsletters
Get the latest from Patheos by signing up for our newsletters. Try our 3 most popular, or select from our huge collection of unique and thought-provoking newsletters.
From time to time you will also receive Special Offers from our partners that help us make this content free for you. You can opt out of these offers at any time.
see our full list of newsletters
Editor's picks See all columnists