Is Gay Marriage a Cultural Issue? 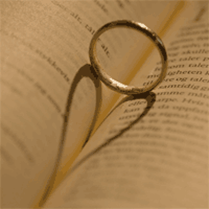 Tony Jones has done meaningful work in ministry and serves through his books to introduce important questions into the bloodstream of contemporary evangelical discourse. Unfortunately, his reflection on same-sex marriage is rather muddled. The two most important words in the article are meaningless and cultural.

Allow me to explain. Jones presents the definition of a shibboleth as a "particularly meaningless differentator of persons." The emphasis here is on the word meaningless. Presumably Jones does not object to all differentiation of persons, since some points of differentiation are crucially important. In spite of the prevailing ethos of inclusivity in the contemporary world, every group must define the terms according to which it will include those who belong and exclude those who do not.

Yet "belonging" is an ambiguous term. There is an important distinction here between inclusion of society (being included in meaningful relationships within the group) and inclusion of identity (being included as a full member of the group). Articulating the terms of identity inclusion enables us to articulate not only where the boundaries of our group are found, but what is fundamental to our collective identity, the essential deposit of who we are as a group.

Thus you may be welcome amongst Jews (social inclusion), but you will not be welcomed as a Jew (identity inclusion) unless you can show Jewish lineage or conversion; you will not be welcomed as a Muslim (or a pacifist, or an environmentalist) unless you can attest to certain beliefs and practices. In the same way Evangelical Christians have certain terms of membership. All are welcome (and indeed encouraged) to attend Evangelical churches, fellowships, and Bible studies, but not all are considered Evangelicals unless they meet certain basic terms of differentiation. There is nothing insidious in differentiation per se.

Evangelicals are especially fond of shibboleths, he says, and he lists examples of the shibboleths that have come and (in some cases) gone in his forty years. Two he mentions are "theological in nature": biblical inerrancy and open theism. Others he defines as "cultural": divorce and abortion. By calling these shibboleths, Jones suggests that these are, in his words, "particularly meaningless." Yet, whatever one believes, the question of the inerrancy of scripture goes straight to the heart of the issue of the nature of God's self-revelation and the proper relationship between the Christian and the Word of God. Likewise, the question of the "openness" of God has profound implications for God's relationship to history and human suffering. Perhaps Jones does not consider these meaningless issues, and was simply careless in calling them "shibboleths" as he defined the term.

What of the other two terms? Are they "particularly meaningless"? Although they are important issues, an intelligent (though not necessarily correct) argument could be made that a person's opinion on divorce or abortion is not particularly meaningful as a differentiator of persons. While a person's belief in the inerrancy of scripture or the impassibility of God does tell us much about the person's faith, what he believes regarding divorce or abortion tells us little of the person's faith and therefore little of whether or not he is truly Evangelical. Jones makes clear that the issue of gay marriage stands in this category with abortion as a "cultural" issue that is a "particularly meaningless" way of differentiating persons. As he says, one could swap out the placards and the incarnations of James Dobson.

Yet abortion and same-sex marriage are not "meaningless" issues or ways of differentiating persons, precisely because they are not merely "cultural." Progressives in general, and progressive Christians as well, like to refer to these as "wedge issues," or outmoded remainders of the "culture wars," because such phrases suggest that these are matters of minimal importance, exploited by cynical political and religious leaders in order to motivate the benighted masses to vote against their economic interest.

Yet whether abortion is the elimination of insignificant tissue or the taking of a human life is not a cultural question. Whether or not God intended marriage solely for the fundamental bond and creative complementarity of male and female is not a cultural question. Both are ethical and profoundly theological questions. Furthermore, the way in which one goes about answering these questions (less than the actual conclusions one draws) reveals a great deal about the way in which one regards the authority and interpretation of scripture.