Just Another Means of Division 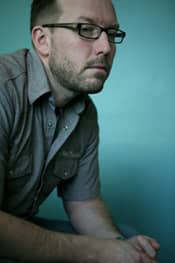 In Judges 12, we are told that the Gileadites, mad at the Ephraimites for saying, "You Gileadites are renegades from Ephraim and Mannasah!" (horrible, I know), made everyone crossing the Jordan River at the fords say, "shibboleth," which means "ear of corn" in Hebrew. Being a difficult word to pronounce if you came from Ephraim (think of native Japanese speakers learning to say "R" in English), the Gileadites killed everyone who mispronounced it. Forty-two thousand Ephraimites were slaughtered over this tongue twister.

In English, a "shibboleth" has, since the 17th century, meant a particularly meaningless differentiator of persons. It seems to me that Evangelicals are particularly fond of shibboleths. (And, let me say, when I capitalize "Evangelical," I mean to imply cultural Evangelicals - those who affiliate with the politics, music, media, and churches of American Evangelicalism - as opposed to the many Catholics, mainline Protestants, Orthodox, and Anabaptists who desire to spread the gospel and thus consider themselves "evangelical.")

Like I was saying, Evangelicals are fond of shibboleths. Just in my forty years, I've seen the shibboleths of biblical inerrancy, divorce, open theism, and abortion. Each of these has been used at some point to determine if someone is an Evangelical or not. And you'll note that some (inerrancy and open theism) are theological in nature, while others (divorce and abortion) are cultural. For instance, twice (1983 and 2003) the Evangelical Theological Society has voted on whether "open theists" like Clark Pinnock and Greg Boyd should be expelled from their guild.

And now abortion, the Evangelical bête noire of the 1980s and 1990s has fallen on hard times. It's been widely reported over the past couple years that younger Evangelicals are not rallying around anti-abortion efforts as did their parents. Whether they've gone soft on the issue or determined that it's an unwinnable debate is uncertain, but it is sure that pro-life causes are raising less money and less ire and helping fewer political candidates get elected than they did a decade ago.

So Evangelicals have turned their gaze on a new shibboleth -- gay marriage -- and the correlations are clear: replace the oversized placards of aborted fetuses with Westboro Baptist's "God Hates Fags" signs at military funerals; swap out Operation Rescue for the National Organization for Marriage; exchange James Dobson for, um, James Dobson.

I'm not implying that Evangelicals are simply seizing on opposition to gay marriage as a way to rally the troops and raise funds -- although it surely does both of those things -- because I know many Evangelicals who are firmly convinced that the biblical prohibitions of homosexual activity mean that gay marriage should be opposed. I'm just saying that Evangelicals held similar positions on slavery and divorce in the past, and the consensus opinion on those two topics has softened significantly as time has passed.

Sociologists have noted that Evangelicals, while in actuality one of the largest cultural and political blocs in the U.S., thrive on the notion that they are an oppressed minority. And currently, acceptance of same sex marriage has been gaining ground rapidly, both in public opinion polls and in state judicial and legislative action. Thus, Evangelical leaders can use metaphors like NOM's "Gathering Storm" ad to prey upon the oppression motif so common among American Evangelicals.

In other words, there are many complex reasons why opposition to same sex marriage has become the latest bugaboo for Evangelicals, not least of which is their interpretation of the seven passages in the Bible that mention homosexuality (that's .02% of the Bible). And we do, indeed, need to have a serious and thoroughgoing debate about the meaning of these passages for our day. In fact, some of us are having such a debate.

But sometimes I wonder if others are already preparing their campaign against allowing clones to be pastors.