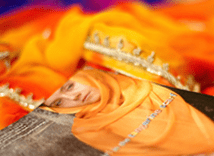 The post 9 /11 period has seen a proliferation of texts on the Muslim world which fall under the genre of the travel narrative. In recent years this has included a wave of personal accounts by journalists reporting the wars in Iraq and Afghanistan, such as The Bookseller of Kabul, by Norwegian journalist Åsne Seierstad, or Rory Stewart's The Places in Between, an account of his experiences in Afghanistan, which was followed by The Prince of the Marshes And Other Occupational Hazards of a Year in Iraq.

These texts promise a reader that he or she will emerge with the same depth of knowledge that the traveler possesses, or in other words, that to read is to travel. They promise to pinpoint and define the essence of a place, which, to paraphrase Woolf, can simply mean to "seek out whatever it may be that is most unlike what we are used to, and declare this to be the very essence."

Clearly, travel and exposure do not always cleanse the traveler of prejudice. In Orientalist travel narratives, the search for what is "most unlike what we are used to" tended to fixate on the veil or the harem as misogynistic touchstones of a region and a religion that were at once alien, violent, and inferior.

In more recent years, a globalized discourse of the Muslim woman has emerged, referred to as the New Orientalist narrative, which has propagated an image of victimhood. The image has then been employed to justify war as the exportation of freedom and democracy.

Mohja Kahf has argued that the existing paradigm for stories about or by Muslim women relies on stereotypical images which have dominated Western representations of Muslim women since the 18th century. These clichés fall into two broad categories: victim and escapee. The story of the victim is characterized by stasis - the marginalized woman on the edges of society, the girl sequestered in her room, the concubine revamped. The escapee, on the other hand, is an agent capable of action, who breaks through a life of suppression to flee to the Western world, where she finds a secular haven.

The increasing interest in the stories of Muslim women has been accompanied by an increase in literature by Muslim women writers, especially memoirs and autoethnographies. The rise of this genre has been partly attributed to its promise to take the reader on a journey into the author's private world. In many ways, this can be seen as an effort by Muslim women to reclaim their identities, but writing about one's life can easily be manipulated to meet demands. An example of this can be seen in the memoirs of the Egyptian feminist Huda Sha'rawi, originally titled My Memoirs, and given the title Harem Years when translated. On the other hand, it would be simplistic to imply that writers are pawns to the demands of the market, particularly as some of these writers have themselves been accused of limiting themselves to a restricted repertoire to pander to expectations.

Reviewers of Muslim women's literature often seem to read these works as sociological and anthropological texts that directly reflect the reality of the "Muslim Woman." This assumption simplifies the nebulous position of many Muslim women, both in the diasporas and in countries caught between Western and Islamic values. These writers are trying to wear multiple hats as they attempt to address both the West and speak to their own cultures, all the while working to dismantle outdated Orientalist myths. In Ahdaf Soueif's In the Eye of the Sun for example, the heroine is disturbed by the fact that she is perceived as "exotic," seeing nothing exotic about the fact that she is Egyptian.

There is, however, a delicate balance between challenging the Western representations of Muslim women and avoiding painting an overly romantic picture of the East. Examinations of contentious topics such as honor killings, oppression, and women's rights are susceptible to "The Color Purple" syndrome, the debate raised by the publication of Alice Walker's novel, over whether and how a black woman writer should address the sexism of black men in the midst of a racist mainstream climate.

For many Muslim women writers these problems are amplified by the fact that they choose to write in English, a choice which, in some cases, leaves them vulnerable to the criticism that they have "forgotten their roots," a criticism Hind Wassef has made of Souief in an article with the uncompromising title "Unblushing Bourgeoisie".