Preaching Prosperity in a Recession

Dr. Nasir Siddiki's new book outlines how the faithful can prosper even in a recession. "God's people who obeyed his word, and obeyed his voice, prospered and were blessed in the middle of a recession." Siddki, founder of Wisdom Ministries, tells a captive audience. "Because when you obey him, you will prosper."

Like many others who preach a theology that promises monetary and other blessings in exchange for an unwavering faith in God, Siddiki has adapted his message for these economically difficult times. Some have wondered about the durability of the prosperity gospel in an atmosphere of foreclosures and credit crunches, but such preachers have taken advantage of this opportunity to minister to the down-and-out.

"It is not time to draw back but it is time to ‘enlarge your tents, lengthen your cords, and strengthen your stakes,' and let God do the impossible through us," Siddiki preaches in his book, referencing a verse from Isaiah 54:2.

Creflo Dollar, another prosperity gospel preacher whose message is broadcast to almost a billion homes worldwide, now includes sermons titled "Overcoming the Fear of a Recession" and "Steps to Win in a Recession" among the more typical "8 Steps to Create the Life You Want" and "Tithing: Divine Insurance."

Televangelist John Avanzini adds to the recession-related message with his book Recession-Proof Prosperity. "Recession, inflation, and economic hard times have been with mankind almost since the beginning of time," he argues.

Siddiki offers a similar historical justification to Avanzini's on his website: "You will learn that God's response to recession is always the same. When His people were faced with famines, droughts, and troubled times, He always gave them an instruction. And, the instruction they obeyed was the future they created." In his three-step plan for prospering during a recession, Siddiki teaches that one must be led by God's spirit, hear and obey God's word, and sow a seed in order to expect a harvest. Perhaps unsurprisingly, he encourages his followers to send in their "best seed-faith gift today."

When critics force prosperity preachers on the defensive -- "Don't listen to the news and the negative reports from the media -- the devil uses these reports to put fear on God's people," Siddiki warns -- these Bible-based examples of prosperity in times of hardship help the message retain its relevancy. Bad situations, like the current recession, have happened many times in the past and God eventually rewarded those who didn't lose faith, the preachers reassure their followers. It's prosperity gospel defined, a good example of how the message can be applied regardless of the economic or social climate.

But these general tales tend to be supplemented by personal stories of perseverance and resulting prosperity, stories that serve as evidence to followers that believing enough can -- and does -- pay off. Furthermore, personal testimonies are a significant element of evangelical culture and tend to hold a lot of weight among believers.

On his website, Creflo Dollar details his journey from "humble beginnings" to "a household name" to, finally, a "leader among men." He describes the ministry's first service in an elementary school cafeteria with eight people in attendance. Today his two churches alone boast a total membership of close to 40,000 and an annual revenue of close to $100 million.

Nasir Siddki's life story is even more suited to prosperity gospel teachings. Raised a Muslim, Siddiki accepted Jesus and converted to Christianity while in the hospital with a severe case of shingles. He was miraculously healed days later. His wife, Anita, had a similar experience when the Multiple Sclerosis symptoms that had left her right side paralyzed suddenly disappeared after continuous prayer.

Siddiki and his wife have also prospered financially. A millionaire businessman by the age of 34, Siddiki lost all of his wealth, only to gain it back through, what he preaches, was obedience and a strict faith in God. It worked for him, he says, so it can work for anyone. 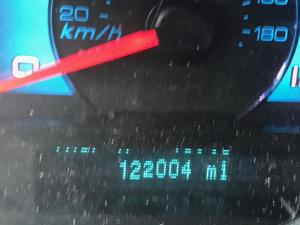 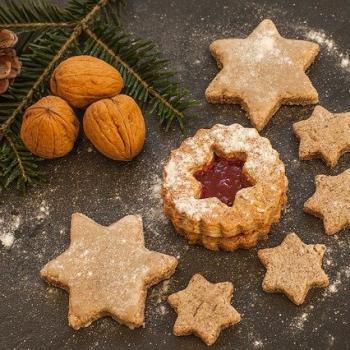 Reading Octogesima Adveniens, Part II
David Cruz-Uribe
Get Patheos Newsletters
Get the latest from Patheos by signing up for our newsletters. Try our 3 most popular, or select from our huge collection of unique and thought-provoking newsletters.
From time to time you will also receive Special Offers from our partners that help us make this content free for you. You can opt out of these offers at any time.
see our full list of newsletters
Editor's picks See all columnists