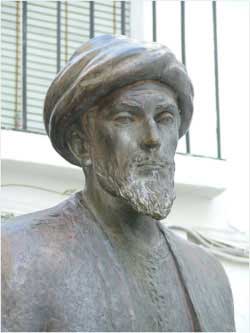 Watching society over the last ten years has been like observing a sick person who, unaware of his illness, continues pursuing a lifestyle that will eventually kill him. Some people noticed this and tried to warn others about it but no one was listening. The most painful part is that even now that the disease has taken hold to the extent that it is debilitating, only the symptoms are being treated and the main cause is largely being ignored.

The disease is excessive consumerism and one of its symptoms is the financial crisis. The other symptoms include the breakdown of the family and the loss of our fundamental moral fabric. How did all of this begin? How should we really treat this problem and how did it spread so insidiously far and wide?

The underlying cause of this ailment is the promise of ever-rising standards of living and prosperity for those who work hard for it. This in itself is attainable and unproblematic. People who work hard should be rewarded for their work. It becomes a problem when the acquisition of possessions becomes a way of life and the main objective.

The great Jewish philosopher Moses Maimonides explains that there are four types of perfection humans can strive toward. The first is the acquisition of possessions. He points out that this perfection is illusionary. Our net worth adds nothing to our self worth. We do not become superior or more refined because of money or possessions that we acquire. The proof is that if the material possessions are taken away from us we remain the same as we were before we obtained them.

In addition, Maimonides notes that the desire for more material luxury and pleasure is insatiable and eventually one becomes addicted to it. Put the two together -- making the acquisition of more goods and pleasures a life goal for the individual and the fact that that desire is unquenchable -- and we have a lethal cocktail.

This dangerous combination was compounded over the last ten years with the easy availability of credit. This allowed people to spend more money than they had earned. As the malls and big box stores multiplied, people were further incentivized and enticed to buy things that they could not afford. The house market boom made this situation even more acute because it gave people the illusion that they were worth more than they really were.

As people consumed more they became addicted to it, and with time the consumer bought "stuff" simply to feed their addiction. Indeed household debt in the U.S. has ballooned over the last ten years. But as people became addicted to consuming goods they lost sight of what was moral or ethical, and we had a full-scale spiritual crisis on our hands. One result of this was that people no longer had an ethical dilemma with lying about their income on a mortgage or credit card application. Consumers were happy to default on their debts just because it was more convenient to do so. Within time this moral and spiritual crisis became a financial crisis as well -- the illness became terminal.

Here we see tremendous wisdom in the Torah's law against bankruptcy and the absolving of debts. As long as a person is alive they can be forced to pay off the loan even if it means selling their future labor to pay off debts. Taking out a loan must be a serious commitment. If people are discouraged from buying goods they cannot afford they will not become addicted to material luxuries and possessions.

But instead of enforcing greater individual accountability in borrowing and consumption practices, helping us recover from our addiction, governments are busy encouraging banks to lend begin lending again, ensuring that our addiction remains strong. Even if this works and the economy starts to recover, this strategy will lead to further problems down the road.

Thankfully, however, for the first time ever, household debt in the United States is declining, meaning we are slowly being weaned off our addiction to consumption. This is a good thing and it should be encouraged. Maybe this is the silver lining inherent in the current crisis: people will realize that the quest for greater materialism is unquenchable and ultimately destructive and instead they will pursue moral and spiritual perfection which, as Maimonides points out, is of true value and worth.

Rabbi Levi Brackman is author of Jewish Wisdom for Business Success: Lessons from the Torah and Other Ancient Texts and executive director of Judaism in the Foothills and Youth Directions. Visit his site at www.levibrackman.com.