The Way He Made Us Feel 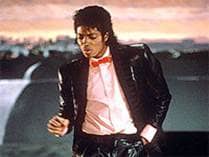 When I performed the hajj for the first time in 1985, I found myself at Saudi Arabian customs - a young American from Los Angeles who had never left his country, much less experienced another culture first-hand. As the passport control official looked over my documents, ascertaining my nationality, his eyes widened. He leaned over the counter and asked me only one question before letting me on my way.

"Do you know Michael Jackson?"

It's hard to overestimate the impact Jackson, who died yesterday of cardiac arrest in Los Angeles at the age of 50, had on the world in general, much less the Muslim world. But rarely has there been such a pervasive export of American culture than that contained in a skinny, androgynous figure who floated across the stage and made everybody simply want to get up and dance. Who else on earth could get tens of thousands from around the world to replicate 25-year old dance moves and synchronize them over the Internet, year after year? Or Filipino prisoners, for that matter?

It is a testament to how deeply he affected the world that everyone wanted to claim him, including Muslims. Whether it was mistaking South African nasheed artist Zain Bhikha's song "Give Thanks to Allah" as one sung by Jackson, or the unsubstantiated reports in 2007 and 2008 that Jackson had converted to Islam (reports denied by both Yusuf Islam and Dawud Wharnsby Ali, both of whom were said to be present when it happened), even critics of his lifestyle seemed eager to embrace the possibility. Scores of e-mails and Internet pages have been dedicated to approving or disapproving the rumours (Sample joke: Jackson was the first person to wear a face veil before becoming a Muslim).

Jermaine, the brother of Michael who converted to Islam in 1989, has made many public statements regarding his wish to share Islam with Michael. "When I came back from Mecca I got him a lot of books and he asked me lots of things about my religion and I told him that it's peaceful and beautiful," said Jermaine. "He could do so much, just like I am trying to do. Michael and I and the word of God, we could do so much." These efforts were reinforced by Jackson's brief stay in Bahrain, where he sought refuge with princes there after his 2004 child-molestation court case and aquittal in Santa Maria, California. Jermaine's friendship with rulers there led to a strange tangle where mosques would be exchanged for songwriting credits and, perhaps, confirmation of the world's most famous convert. Jackson later fled, incurring a $7 million lawsuit from the jilted royals.

Of course, the potential conversion of such a superstar - such as with Madonna's Kabbalah - segued nicely in the tabloids with his legacy of eccentric and controversial behaviour. But with this news came a sense from Muslims that the rush to adopt Mikaeel as a brother was based less on a repudiation of his career (the sort that would have occurred if, say, Hugh Hefner converted) than an embrace of it - all his controversies notwithstanding. Like young people elsewhere around the world, many Muslims simply loved Michael, for his gentle persona, his raw talent, or the pop culture seed planted in their subconscience. Regardless of socio-cultural, generational, or linguistic backgrounds, Jackson's music was the secret soundtrack to our youth.

Last year, a Sikh-Muslim dance duo named Signature came in second place on the TV contest Britain's Got Talent on the strength of a single act - a Bollywood-tinged tribute to Jackson's Billie Jean, and made a small career repeating the routine over and over. Yes, Jackson's legions of fans would not even tire of repetitive imitations of him, much less the man himself - or, at least, the 80's version of himself that resonates with generation after generation.