The Witness of Soraya M. 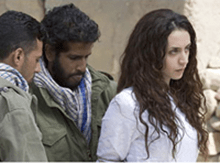 Healthy respect takes account of the diversity in Islam and focuses not on respecting an idea but on respecting the humanity of individuals. A new movie that opened in U.S. theaters recently helps illustrate this precise point.

Calls to "respect Islam" abound, as most recently witnessed in President Obama's speech in Cairo. Some view these calls as "appeasement" and balk at the perception that they are being told to respect everything Muslims do-be it a Muslim charity feeding the homeless or the Taliban throwing acid on school girls' faces.

On its own, the term "respect" seems to represent a positive concept. And yet when the terms "respect" and "Islam" come together there is tension. The problem in our public discourse about respect and Islam lies in confusion in terminology-attaching different meanings to the term "respect" while assuming we all mean the same thing when we use this term, when in fact we do not.

One helpful resource to untangle this knot is the work of the Respect Research Group of the University of Hamburg in Germany and the Rotterdam School of Management in Holland. Their research into "respect" is complex-it is academic work complete with social science jargon and detailed flow-charts. From their work we can distill some helpful insights with broader applications that will help us maneuver through the controversies about "respecting Islam."

As for the phrase "respecting Islam," one needs to ask whose Islam? Islam is a vast, complex, diverse realm filled with a multitude of individual, human interpreters. Does "respecting Islam" mean respecting the arguments of those who throw acid in the faces of girls trying to attend school in Afghanistan, or does it mean respecting the arguments of a woman such as Asra Nomani who seeks access to mosques for Muslim women? In both cases this entails "appraisal respect," dependent on the speaker's evaluation of others' actions and attitudes. We should not feel obliged to respect a position that claims the authority of Islam if that position is without merit.

By contrast, the phrase "respecting Muslims" shifts the discussion away from abstraction and toward the plane of human dignity and interpersonal relations. In the case of some Muslims throwing acid on the faces of Muslim girls trying to attend school, I can-even if I do so gnashing my teeth-respect the humanity in the acid-throwers without having to agree with them or condone their actions. With respect for their humanity I can feel concern for them-as believers in their faith they claim to be truth-seekers yet engage in destruction and brutality; it seems that in them there is an internal decay underway that harms them and others around them.

Respecting Muslims means recognizing, on a foundation of human dignity, the humanity-and thus also the diversity-among those who are followers of Islam. It does not mean agreeing with every single one of them on every issue, which would mean simultaneously accepting contradictions.

Consider the true story of the stoning to death of a woman named Soraya for alleged adultery in Iran. A tremendously powerful film based on this story, "The Stoning of Soraya M.," opened in U.S. theaters recently. The film is well made on many levels, and its story of the efforts of Soraya's aunt and a foreign journalist to make known the profound horror of this case reminds all who see it what the word "courage" means.