Values Worth Fighting For

"I stand against same-sex marriage as a personal religious matter, but I don't want to make my private conviction into public law. How can I compel another person to live according to my values? It's not as though gay marriage hurts anyone."

This is an increasingly common position, and it's easy to understand why. It's attractive for politicians who wish to please both "values voters" and gay activists. It's attractive for young or liberal evangelicals, who want to show that they take their faith seriously but also that they're not like those evangelicals. They are good kind, compassionate, progressive: Evangelical 2.0.

It's an attractive position -- I just wish it were convincing.

One of the fundamental questions underlying the gay marriage debate, but often hidden from view, is how America should form its laws. Christians have to ask themselves: Do they want a legal structure in America which expresses Christian values, or merely one which permits Christians to express Christian values?

That is, should the laws structuring our society (still) have a Christian moral character, or should they provide a minimal, value-neutral framework for the protection of rights? John Stuart Mill takes the latter view: "The only purpose for which power can rightfully be exercised over any member of a civilized community against his will is to prevent harm to others." Let's call this "legal libertarianism": a society should only have those laws which are necessary to protect the rights of citizens. Another view is that laws can be justified if they express the collective moral judgments of a society, the shared values that bind and shape their social world. This is called "legal moralism": people are free to shape their society in the way they wish, to encourage and discourage actions they believe right or wrong, as long as they do not abrogate basic rights.

This applies to the gay marriage debate as follows. For the legal libertarian, the state cannot discriminate against homosexual unions unless they harm or are likely to harm the rights and welfare of others. For the legal moralist, a society collectively may pass laws that preserve a higher value for heterosexual unions if those laws do not harm basic rights.

The irony is that both sides in the argument pretend to be legal libertarians, but they're actually legal moralists.

Evangelicals often adopt a legal libertarian position for the sake of argument. They speak of the harm caused by the continuing erosion of family structures, or the potential harm to children. These are legitimate arguments, perhaps the only arguments that might change the hearts and minds of moderates. Yet the harm they describe seems distant and abstract, and is not the real reason so many evangelicals oppose gay marriage. On the legal moralist view, Christians need not demonstrate any harm at all. They are justified in opposing gay marriage (if they do) simply because they consider it wrong and are willing to fight for a society that expresses their values.

On the other side, gay marriage advocates appeal to a legal libertarian rationale, but show in other areas that they too are happy for the law to enshrine moral values. Laws promoting social welfare, redistributing wealth, restricting smoking, punishing littering or compelling environmentally friendly actions-all of these go beyond legal libertarianism and reflect moral values. Even Mill was not a legal libertarian in full. People are generally happy for the law to make value judgments as long as those judgments are their own.

Of course, on the legal moralist viewpoint it is permissible to craft laws that value heterosexual over homosexual unions only to the extent that these laws do not violate basic rights. This is a complicated debate, to be sure, but it's hard to see how people (homosexual or heterosexual) who commit themselves to one another possess a "right" to have their union recognized and rewarded by the state as "marriage." And the "right" that is violated cannot be equality, since equality doesn't mean that different people adopting different courses of action have a "right" for the state to regard them as equal. The law frequently discriminates on the basis of decisions and actions.

Marriage laws have little to do with rights, but everything to do with values. This, I think, is why homosexuals are not satisfied with civil unions or partner benefits, but want the status of marriage-because they wish for American society to value their commitments as much as they value the commitments of heterosexual couples. I am sympathetic to that wish. Nevertheless, Evangelicals convinced that homosexual marriage is wrong are perfectly justified in striving against that wish. This is not necessarily due to fear, hatred or bigotry, but to the desire collectively to shape a society that expresses their values-a desire that is not only found among Evangelicals, but those of other faiths as well. 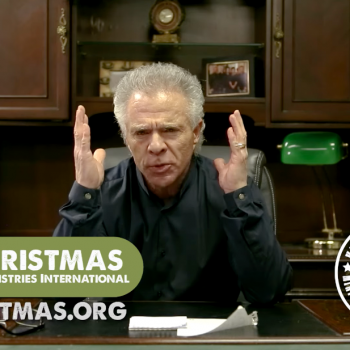 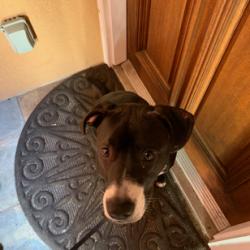 On Being Good at the Doorway
John Mark N. Reynolds
4

Commonwealth, II.XXXI: Bodhisattva's Vow
Adam Lee
Get Patheos Newsletters
Get the latest from Patheos by signing up for our newsletters. Try our 3 most popular, or select from our huge collection of unique and thought-provoking newsletters.
From time to time you will also receive Special Offers from our partners that help us make this content free for you. You can opt out of these offers at any time.
see our full list of newsletters
Editor's picks See all columnists