A Catholic Response to the Catholic Position 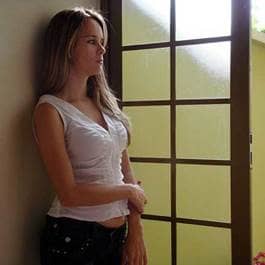 Two sides line up to battle it out: those who believe that each person has the innate right to choose what happens to his or her body and how to live his or her life, and those who believe that others, including the state, are endowed with the right to make that determination. Once again, as in Ms. Franks' article, we have created a pro-choice/anti-choice situation; once again we are talking about slavery. But this time, Abraham Lincoln is pro-choice.

Ms. Franks likens the debates over slavery in the 1850s to the current culture debates over abortion. In doing so, she places the Catholic Church and those who agree with its teaching about abortion on the morally virtuous and ultimately victorious side of those against slavery.  People who for reasons ranging from the selfish to the profound stand on the other side of this debate are thereby linked to those at least tacitly approving slavery. But this analogy quickly falls flat when the linking of sides is switched as easily as I have done it above.

Ms. Franks moves on to a recitation of the developmental progress of a human being in the womb. There is no question that this being is, indeed, human; it is not a fish or a cockatoo. But does the presence of a heartbeat and legs make this being into a person who should be protected by law? Ms. Franks believes that it does, others believe that it does not, but on both sides the matter rests on belief. Good and moral people with differing beliefs can honestly come to differing conclusions; while the Church's position on abortion is clear, it is also clear that many good and moral Catholics have thoughtfully and prayerfully come to disagree with it.

Abortion, says Ms. Franks, is never a solution. She indicates that every woman who has an abortion experiences profound guilt and terrible remorse. As a moral being concerned with the good, I can nonetheless envision situations where having an abortion would indeed be a solution -- not the preferred solution, perhaps, but a real and effective solution nonetheless. And I do not believe that every woman who chooses this solution is either wracked by guilt or too shallow to understand that she should be wracked by guilt.

Ms. Franks and I have presented different perspectives on how we can think about the Catholic Church's position with regard to abortion, but ultimately I am left wondering if this is the right question for us to be answering. The most troubling issue in the whole abortion debate is that it is a debate about abortion rather than about unwanted pregnancy.  We line up sides and fight battles over the morality and legality of abortion rather than recognizing our common experience of wanting each child to be joyously welcomed into this world and our common responsibility to make this possible. Why do we fight about the legality of abortion when we could instead devote our time and efforts to preventing unwanted pregnancy, and to offering women compassion and loving support when they find themselves pregnant in difficult situations?

I once heard a sermon in a very conservative Protestant church highlighting this issue: the Church, said the speaker, cannot condemn abortion until it has done everything possible to make unwanted pregnancies rare, and has truly given all women who need it the loving support, financial help, and emotional resources needed to put a child up for adoption. Then, he said, when the Church has accomplished all these goals, then we can fight about abortion -- if there is anything left to fight about. To which I can only say, Amen, my Protestant brother.