Assisted reproductive technology, which is available today, enables many infertile couples to fulfill the biblical commandment to "be fruitful and multiply." Technological advances have led to the development of In Vitro Fertilization, where the sperm from the father and the egg from the mother are mixed together in a petri dish in the laboratory, and the sperm is allowed to fertilize the egg, producing a "test-tube baby." The fertilized egg is then returned to the biological mother's womb where it develops, and nine months later the baby is born. In IVF, conception takes place outside of the body. This technique overcomes the problem of scarred, damaged, or blocked fallopian tubes (which prevent the sperm from reaching the eggs, and the eggs from reaching the uterus). It also allows men with low sperm counts to conceive, as sperm samples can be concentrated and deposited adjacent to the ripe eggs. Only small numbers of viable sperm are needed for successful fertilization in a petri dish.

A variation on this theme is Intra-Cytoplasmic Sperm Injection, or ICSI. With this technique a man who produces no sperm in his ejaculate can become a father. Pieces of tissue from the testicle can be used. Only a few sperm cells need to be isolated from the testis, and those cells can be mechanically injected, one by one, into individual eggs. Another variation involves a process called Assisted Hatching. In Assisted Hatching a small opening is made in the clear zone, or "shell" around the egg. The process is done to allow the fertilized egg to emerge properly, as this can assist it to implant into the lining of the uterus.

How Kosher are these techniques in terms of halacha? It is generally agreed by rabbinic authorities that IVF and related techniques are acceptable for Jewish couples when the husband's sperm and the wife's eggs are used. In husband/wife IVF the problems, which need to be addressed, include the following:

(1) There is some controversy regarding how semen may be procured for the procedure. Since there is a biblical admonition regarding the "spilling of seed," some rabbis insist that the husband may not ejaculate to provide a specimen. However, since the intention of the procedure is specifically to enhance procreation and the semen is not being wasted, ejaculation to produce the semen may indeed be permissible.

(2) When more than one fertilized egg is implanted into the woman, this may result in a multiple pregnancy. When there are three or more fetuses growing in the womb, this results in a high-risk pregnancy, and fetal reduction, or selectively eliminating one or more of the fetuses, may be recommended. Is this halachically permissible? Ending the life of a fetus is not considered murder by halachic definition, but it is not permissible either. This would only be permitted if the doctor has determined that some fetuses must be eliminated or they will all die. Even then, the decision is a very sensitive one and must be made by the doctor.

(3) When IVF is performed, the woman is stimulated by hormone treatment so her ovaries can produce up to twenty eggs per cycle. The eggs are harvested and fertilized, but only three or four can be used in that cycle. The rest can be preserved by freezing. How does Jewish law address the issue of extra embryos? The fate of extra embryos could include: (A) Use of them by the original couple to establish future pregnancies (rabbis affirm this use). (B) Destruction of the extra embryos (permissible halachically if this is done passively, by letting them thaw out and die on their own). (C) The use of these extra embryos for research. Since this is an active process and results, ultimately, in their destruction, this is not generally acceptable by Orthodox rabbis. (D) Donation of the extra embryos to another infertile couple. This option is not approved by many Orthodox rabbis because the "adopted" child may inadvertently marry his/her genetic sibling, resulting in incest.

(4) Although most IVF labs are reputable and try to be meticulous in keeping track of the sperm, eggs, and embryos of each couple, over the years some mistakes have been made. Even worse than inadvertent errors, are the cases of deliberate tampering with sperm, eggs, and embryos that have been discovered in unscrupulous fertility labs! Since parentage is of vital concern, some Orthodox rabbis would like to see trained supervisors present during IVF of Jewish couples. One such arrangement has been made between the Star-K Kosher Certification and a New York clinic. The supervisors will reportedly be present during the entire procedure to ensure that halachic protocol is followed, and that meticulous attention to the accuracy in the process is maintained.

A Letter to the American Church
Jason Elam
2 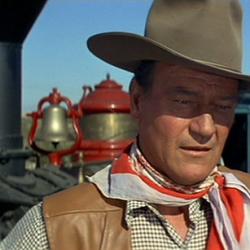 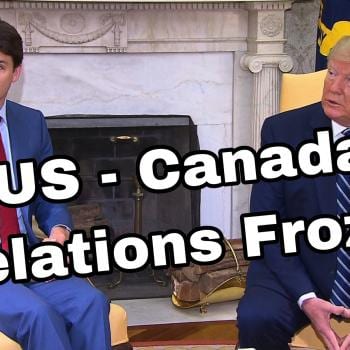 The Historic Evangelical Opposition to Abortion
Gene Veith
Get Patheos Newsletters
Get the latest from Patheos by signing up for our newsletters. Try our 3 most popular, or select from our huge collection of unique and thought-provoking newsletters.
From time to time you will also receive Special Offers from our partners that help us make this content free for you. You can opt out of these offers at any time.
see our full list of newsletters
Editor's picks See all columnists