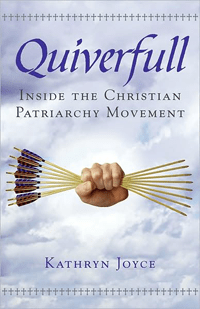 Several years ago, when I was reporting a story about Hillary Clinton's pre-presidential campaign overtures to the right--including her talk of finding common ground with antiabortion activists--the Family Research Council, a group on the Christian right, put out a snickering press release offering to take Clinton up on her offer. While Clinton and her fellow Democrats, fresh from the defeat of John Kerry, were discussing "pregnancy prevention"--2005-speak for today's contested "abortion reduction" platforms--the FRC's president, Tony Perkins, said Democrats would have plenty of opportunities to show their more moderate stance on abortion: by supporting antiabortion measures such as the requirement of anesthesia for fetuses and bans on interstate travel for minors seeking abortions; cutting funding for Planned Parenthood; and electing antiabortion federal judges.

When I called the FRC to ask about Clinton's suggested common ground tactics--such as increasing the availability of sex education, condoms and other contraception options for teens--a spokesperson told me there was no way the antiabortion movement was getting behind "another condom giveaway."

Four years later, President Obama is negotiating the same terrain, with slightly updated language. In his Notre Dame speech on compromise in the abortion wars, he asked pro-choicers and pro-lifers to find common ground with one another by "[opening] our hearts and our minds to those who may not think like we do" and refusing to demonize the other side. The suggested solution, "abortion reduction," highlights the continuing differences between the two camps. Abortion rights defenders seek to lower the abortion rate by reducing unintended pregnancies, through education and contraception programs, while antiabortion activists propose achieving the same goal by adding additional impediments to women's access to the procedure. This is an old fight, but over the past 20 years it has seemed to heat up anew every time a prominent Democratic politician begins to court broader popular support.

The FRC's response to Obama's speech was essentially 2005 all over again, arguing that if the President was serious about finding common ground, he would promote antiabortion-related projects such as abstinence-only education or the funding of crisis pregnancy centers--which seek to dissuade women from choosing abortion--or "incremental pro-life laws like those requiring informed consent or parental involvement for minors."

"If there is any ‘common ground' between those who support the right to life and those who support a ‘right' to abortion," wrote Perkins, "it ought to be these modest measures--but that is ground upon which President Obama refuses to stand." The very fact that Obama said some women "need" abortions was proof to the FRC that common ground was impossible, as abortion reduction, from the perspective of the antiabortion movement, meant seeing abortion as a scourge and never a necessity. (For the abortion providers I spoke to at the time of Hillary Clinton's earlier hedging, abortion is and has long been one of the most common medical procedures in the country, and talk of abortion reduction sounds like little more than politics as usual to them.)

Obama's quest for common ground is not a new phenomenon among Democratic politicians. Clinton's 2005 Roe day address to abortion-rights supporters in New York, wherein the then-Senator announced, to gasps, that all abortions were "tragic," was part of her several years' long campaign strategy to appeal to common ground on abortion. That awkward balance of rights-talk and revulsion--like pro-choice presidential candidate John Kerry's statement that he was "personally opposed" to the procedure--has marked many Democratic campaigns. Bill Clinton's "safe, legal and rare" mantra was picked up by a generation that didn't question how the rarity of one of the most common medical procedures in the country would be brought about without curtailing women's rights.

But the fact that the FRC is audacious enough to suggest that blatantly antiabortion measures--like crisis pregnancy centers, which are characterized by deceptive and coercive antiabortion counseling measures, or the abstinence programs that have birthed a nationwide "purity" movement--might now constitute the common ground on which the two camps can meet is a measure of how Democratic appeasement of right-to-life demands has shifted the frame of the debate. It's also a grim augury of what actual abortion-rights supporters can expect from political efforts to find this mythic common ground.