Family Planning and Abortion in Islam 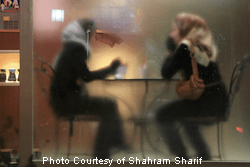 Control of women centers largely on control of women's bodies. Beliefs that identify women with the body, to the exclusion of the mind and spirit, remain a common feature of many religious, cultural, and philosophical traditions. Islam is no exception. Moreover, while women are identified with the body, in these traditions they are not seen as "owners" of their own bodies.

To control women's sexuality is a means of controlling their bodies, and to control (or deny) family planning is to govern women's sexuality. This is why the matter of who controls women's bodies - whether it is men, the church, the state or community, or women themselves - was a significant underlying issue of the United Nations Conference on Population and Development in 1994 and the UN Fourth World Conference on Women in 1995. This is why it will surface again at the UN's Fifth World Conference on Women in 2012.

Women in most Muslim societies have minimal access to reliable means of contraception. This reflects the influence of conservative Muslims who proclaim from public platforms and preach from the pulpits of the mosques that family planning is against Islam. Like the traditions of veiling and confinement, denial of family planning supports male ownership and control of women, both directly and symbolically.

The Quran does not directly address contemporary family planning issues - a silence that in itself indicates neither support nor opposition nor a lack of relevant principles. Instead, the open text of the Quran establishes an ethical framework in which it is appropriate to discuss family planning questions. (The Quran does include both pro-natal verses and verses directed toward population control. Of the three mutually contradictory hadiths concerning the withdrawal method of contraception, two imply that it is acceptable.)

Given Islam's religious and ethical framework, family planning itself should be seen as a fundamental human right, especially for masses of disadvantaged Muslim women.

Learn why Harvard Divinity School may be among the most segregated places in the world, next to Saudi Arabia.

Join the discussion on abortion in Islam.

Several additional Quranic principles support those who choose to use family planning. First, each individual is responsible for his or her actions. Although the Quran calls God the sustainer of all creation, it does not absolve individuals or communities of responsibility for their survival and well-being. Rather, it reminds us that we are responsible for our deeds -- indeed, for our souls [Surahs 74:Al-Muddaththir:38 and 52:At-Tur:21: "for itself lies every soul in pledge"]. Similarly, the Quran notes that reason is what elevates us above other creatures, that righteous belief demands righteous action, and that God asks us to change ourselves as a precondition of changing our conditions. All these ideas support human responsibility where reproduction is concerned.

Finally, the Quran does not make a requirement of marriage or childbearing. Nor does it follow pre-Islamic traditions that sanctify sperm itself as the equal of human life. The quality, or righteousness, of people is more important than their quantity.

Riffat Hassan is Professor of Religious Studies at the University of Louisville in Louisville, Kentucky.