God's Care for the Orphan: An Interview with Jedd Medefind

Jedd Medefind, formerly the head of the White House Office of Faith-Based and Community Initiatives and a Special Assistant to President George W. Bush, is now the President of the Christian Alliance for Orphans, for a coalition of more than fifty adoption, foster-care and orphan-care ministries. The author of two books and numerous articles as well as an accomplished speaker, he lives in California with three children, including a daughter adopted from Ethiopia.

From the White House to a ministry for orphans-sounds like quite a transition!

I loved serving in the White House.  It was a fascinating place to work.  It was tremendous to feel that you're serving your country in that way.  But I'm also very keenly aware that government can never touch the deepest places of the human heart.  I was so thankful to serve within government, but I'm also very thankful now to be serving in partnership with Christian non-profits all across America and around the world.

What inspired you to turn specifically to a ministry focused on the needs of orphans?

More than any other issues that I dealt with in the White House, the plight of the orphan and God's deep compassion for the fatherless really stirs my soul.  So both through that work and through my own adoption process, I have been moved from awareness of the need to deep sorrow over that need and great passion to engage it.  Right out of college, I spent quite a bit of time in the developing world, in places like Central America, Africa, and India.  Coming face to face with the needs of orphans left me convinced that this pain is something that hurts God very much.  And if we are going to be His hands and feet on earth, then we need to care about it as well.

How has the Church done in relation to this need in recent history?

This is a huge question.  I would say that the Christian Church has a heritage of caring for orphans, from its very earliest days under the Roman Empire.  That was one of the defining characteristics of the early Church.  At its best, throughout history, the Church has been known as a champion for orphans.  You definitely see echoes of this in the 20th-century Church as well.  However, often we saw a false dichotomy between orthodoxy and orthopraxy-between emphasis on believing the right things and emphasis on doing the right things.  At times, that caused us to fail to recognize that gospel truth and loving service to the least of these must always go hand in hand.

Critics say that evangelicals have cared only about "culture war" issues like abortion and gay marriage.  Yet you're talking about care for the neediest of God's children.  Is service to the poor and needy a recent concern for evangelicals?

The resurgence of political involvement by evangelicals in the 1970s began as an effort to resist attempts by the political Left to remake America through the Courts and other political vehicles.   So, while there's certainly much that is legitimately criticized about the movement, it is important to remember that it wasn't born to promote an aggressive agenda nearly so much as it was to stop one.  That's why initially it had a fairly narrow focus.  There's both good and bad in more recent trends, but overall I am thankful to see evangelicals doing a better job of civic engagement that includes life and marriage issues as well as a range of other issues that are also close to God's heart.

How do you understand the biblical imperative to care for the fatherless?

If we are going to share God's heart, we need to share his passion for the fatherless.  As we do, we are drawn nearer to him because we have the privilege of encountering Jesus and serving him in children who have no families.

The widow, the alien, the fatherless, the wanderer are all individuals who face destitution and often have no one of strength to stand up for them.

And so God affirms that He is a Father to the fatherless, that He takes up the cause of the widow, and that he expects all who are called by His name to do the same.

What process did you go through in your own decision as a family to adopt?

This Christian "Prophet" Said the Military Would Return Trump to Power by...
Hemant Mehta
2

Karma and The Judgement: What's Not to Like?
Scott R. Stahlecker
3 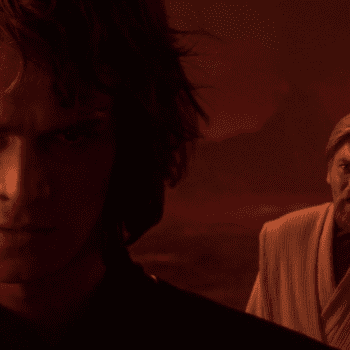