By the Evangelical Gateway Team

Marcus Goodyear is the editor for TheHighCalling.org (a program of the H. E. Butt Foundation) as well asChristianity Today's section on Faith in the Workplace. We continue our conversation on the five issues our readers identified as the most pressing for Christian professionals. 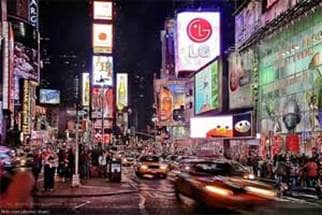 3. What is the role of ambition and self-promotion in the Christian's professional career?

This is one I struggle with, and I'll have to defer to Mr. Butt, a wise man. He talks about this in terms of healthy ambition and unhealthy ambition -- which he compares to healthy and unhealthy competition. As he says, if your ambition is about becoming the best person you can be with the gifts and talents you're given, that is a very healthy kind of ambition.

For example, I am a writer. As a writer, I need to be ambitious in that. I need to seek an audience. Otherwise the writing is not reaching people, which is what writing is supposed to do. And there's no shame in that ambition. There's no shame in wanting to have a powerful website that reaches a lot of people.

Yet it's not as though I'm out to compete with Patheos, or self-promoting in a way that is false and not based on relationship. When self-promoting builds a false community (with 25,000 followers on Twitter or something), that is not helpful to anyone, and it's not even good promotion. But self-promotion like I'm doing now, saying here is what our site does and offers, I don't think there's any shame in that at all. In fact, it's important. It's a little bit like evangelism, except that we're promoting the good work that we're doing for the kingdom, which can be a way of promoting the kingdom itself.

But it's a fine line, and it's really easy to turn that into an excuse to grow your own bank account, or grow your own capital on the web.

4. How does a Christian make the decision of whom to fire, and how does the Christian actually fire him/her?

I interviewed someone this afternoon and asked him that question. He's the CEO of a large company, and he said that the key is to treat them with respect, which means that you are completely honest with them. You sit down, you tell them why they're being fired, not beating around the bush.

The reality of contemporary corporate America is that as soon as someone knows that they've been fired, you have to get them out immediately and cut off all of their access because of a justified fear of retaliation. You have to respect the person you're firing, but you also have to protect the organization that remains. In firing an employee, you are making a decision for the corporation that remains as well, firing someone who is ineffective so that the people who remain can be more effective. The ethical responsibility to the people you fire is that they need to know ahead of time that they are in danger; they need to have fair and clear expectations. Or if it's an issue of being laid off, you explain the reality of the company's financial situation. Then there's the ethical responsibility to the corporation that remains to create a functional and stable environment, and to protect them from retaliation.

The closest situation I've had was, as a teacher, I've had to fail students. I would make sure the expectations were clear up front, and students had plenty of chances to offer redress. They could always turn in work late. So if they had a 0, that was not on me, because there was always the opportunity to turn in late work. Usually that alone caused the parents or students to clam up, if they were trying to question a failure. I would just say that here are the fifteen assignments they could have done any time up to the deadline; and I told you on this day and this day, and this is not a surprise. And because the expectations were clear, there was not a whole lot they could say.

The word "religious" rubs me wrong. There's the old story about the three bricklayers. One is merely laying bricks. One is building a wall. One is building a cathedral. It's a good story. But it doesn't address the day-to-day mundaneness of bricklaying. A bricklayer can work for thirty years and know that the next three generations are going to finish the cathedral. But it doesn't help him at the end of the day or in the act of laying bricks.