Here's the moment I knew Matisyahu had stopped being a Jewish phenomenon and entered the realm of pop culture. My sister, who was living deep in the Bible Belt, told one of her non-Jewish friends that I'd become Orthodox. "Oh," he said. "Does that mean he looks like that Matisyahu dude?" 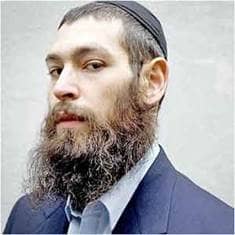 Matisyahu might not be the official face of Judaism in America, but he's a lead contender. The reggae-singing phenomenon, a baal teshuvah who became Orthodox in his twenties, might have the most recognizable profile in pop music due to his beard alone. After learning to be religiously observant through Chabad, Matisyahu expanded his learning to include the teachings and prayer styles of Breslov, Karlin, and other Hasidic groups in addition to the Chabad rebbes.

Matisyahu's third studio album, Light, comes out August 25 -- almost six months after its expected release, and three and a half years since his last album, the pop-infected, Bill Laswell-produced Youth, which sold over half a million units.

Since then, Matisyahu has gone back to the basics. He has a new songwriting cave (an old warehouse in Brooklyn's Greenpoint neighborhood), a new synagogue (a Karlin Hasidic synagogue, where the prayers are shouted at the top of your lungs), and, perhaps most radically, a new sound to his music. His new songs, both on last year's single "Shattered" and on Light, still have the reggae influence that dominated his earlier albums. Yet the new album's tone is darker, more varied, and beat-driven. "One Day," the album's first single, has a dreamy, summertime quality that is equal parts Bob Marley playing acoustic and "Eye of the Tiger"-like '80s jams. "Master of the Field" is an electronics-heavy jam that brings his vocal beatboxing to the forefront.

Watch a video of Matisyahu here --

MyJewishLearning (MJL) spoke with Matisyahu and learned about his new band, the stories behind the Light songs that he isn't telling anyone else, and why Matisyahu just can't stop loving God.

MJL: A while ago, you told me how Israel right now is for Jews how Greenwich Village was to hippies in the '60s -- wild and innovative, the only place where Judaism's really alive and mutable and organic, whereas in the United States, Jews are sort of stagnant. Do you still feel that way?

Matisyahu: Anywhere in America where I happen to be -- Crown Heights, Willamsburg -- in any Jewish community, it seems like there's one type of Jew. There's pressure to fit in and dress a certain way, talk a certain way, and if you don't do that, it's almost like you're not Jewish. And then in other places, there are a lot of different types of Jews -- and, in those places, you lose the intensity of belief and of observance and of the lifestyle. And that's only among religious Jews. In America, you can be Jewish and elect not to have anything to do with Judaism.

In Israel, even sitting in the airport, you're among a hundred different kinds of Jews, and it's amazing. It's inspiring. Everyone's doing their own thing, but it's not just their own thing - they have a whole community of people backing them up.

Then you come back to America, and you really feel that we're a small minority of people. We're trying to hold onto something that doesn't necessarily fit into our hands.

In Israel, Judaism is alive. It's a real, tangible, living thing.

Is that where the titles come in? Your last E.P. was called "Shattered," and it seemed like the very small prelude to something a lot bigger. And then the new album's going to be called Light.