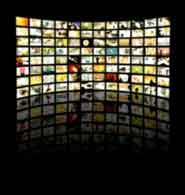 PROVO, Utah -- Tyson Boardman sits before the computer screen at the LDS Missionary Training Center, discussing Mormonism with Jason and Travis in two Internet conversations at the same time.

Why do people say Mormons aren't Christian? What does it mean to be baptized for the dead? How do Mormons view Jesus? Why do you have a prophet?

Answering these and many other Mormon-related queries is Boardman's full-time assignment as a two-year missionary for The Church of Jesus Christ of Latter-day Saints, and he loves it.

"I've had questions from Canada, England and every part of the U.S.," Boardman said. "It's been an amazing experience. Every day it's something new."

The 20-year-old from Oak City, Utah, has been at this computer terminal in the area known as the Missionary Training Center's Referral Center for nearly a year, chatting with interested strangers from 10 a.m. to 9 p.m. six days a week.

Boardman is part of a pilot program that calls on Mormon missionaries to attract new converts to the faith via the virtual world, rather than the traditional, face-to-face approach.

The portal into this world is http://www.mormon.org, a Web site the church established in 2001 primarily aimed at curious outsiders -- a complement to http://www.lds.org, which is mostly for members and the news media.

People find their way to mormon.org from various Internet sites, from literature the church puts out, or from one of its many television ads. On its home page, people can explore sections marked "Basic Beliefs," "Worship With Us," "Our Stories," and "Ask Your Questions -- chat now."