In the first part of this series, William Miller examined the ways in which the self-serving human heart lies at the center of distrust, and how destructive distrust can be in the workplace.  Now he turns to the Sermon on the Mount to find principles for trust-building at work. 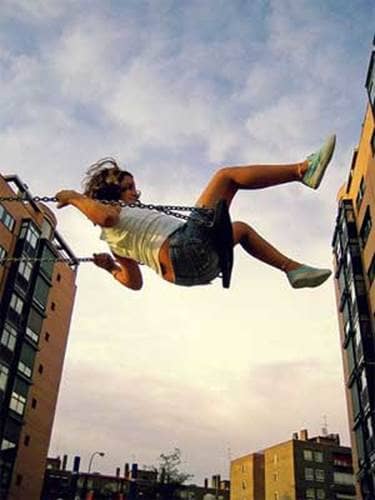 "Ego is the ultimate killer on a team, and it is an insidious one. That's because it lurks deep in the heart of every team member" (Patrick Lencioni, Overcoming the Five Dysfunctions of a Team).

From the moment the child leaves the mother's womb and enters into the bright and cold world of a hospital delivery room, a life of dependency begins. For most of us, our needs were sufficiently met by mothers, fathers, and caretakers in those early years. As a parent, I know that one of the biggest milestones is when the youngest child can walk, eat, use the toilet, and get dressed by himself. A revolutionary change in parenting begins at that point. Your children are no longer dependent for basic life functions on you, the parent.

In one sense, it is astonishing that well-parented children ever have a problem trusting anyone.  Most children by the time they reach this joyous milestone of basic functionality have naively trusted an adult thousands or tens of thousands of times. A child trusts adults to change her diaper approximately 7,000 times before she is potty-trained. Malcolm Gladwell, in Blink, claims that it takes 10,000 hours of doing something to become an expert; if he is right, then most children are experts at trusting others by the time they reach the great milestone of functional independence.

The answer is: because most people do not treat others like they treat their infant children. All children soon realize that others do not treat them as well as their parents (ideally) do. Not everyone gives them a loaf of bread when they are hungry -- some give them a snake. And not only will people give you a raw deal, they will take from you as well.

The business world can rival the political world as an arena of distrust. In the spring of this year, Mukhtar Dzhakishev and several other company officials of Kazakhstan's large mining firm, Kazatomprom, stole 60% of the nation's uranium deposits by shifting ownership of mines to themselves and companies they owned. Kazakhstan is the world's third largest producer of uranium.

In a much less dramatic way, people in business everywhere are stealing from companies and their colleagues -- and the companies and other employees are bearing the brunt of it. Team members steal credit for a successful project from their teammates; managers steal motivation from their subordinates by imposing unnecessary rules and regulations; executives steal from company resources by giving themselves massive bonuses even then the business is unprofitable -- I know, you've all heard more than you want to about that issue. Whether it is a desire for praise, for control over others, or for the acquisition of wealth, the driving force is a heart that is self-serving.

Lately there has been a lot of talk of emotional or social intelligence. One of the most basic ideas of emotional intelligence is that a person must understand and manage the emotions of others. You must be acutely aware of other people and know how to respond to them in a profitable manner. Many books and articles have argued that emotional intelligence, not IQ, is the key to success in business. But, one thing you notice when you look into this is that while emotional intelligence helps a person to be others-aware, it is no substitute for an others-serving heart. In fact, when you think about it con men are wonderfully competent in emotional intelligence. They have the emotions of other people figured out and can use that "intelligence" to manipulate and deceive. No doubt the business world has its share of con men. They know how to manipulate their bosses, their peers, and their customers. They can sell products that customers don't need. They can breed divisiveness in a team for their own benefit.

On the other hand, think of the potential for emotional intelligence in the life of a person whose desire is to serve others. How often do you think of your work as a place of service? Or, do you merely "make a living" at work and serve at home or at church?

Since this series is inspired by the Sermon on the Mount, it is high time to consult the words of Christ. In Matthew 5:43-48, Jesus informs his followers that we are to love everyone (the story of the good Samaritan might also come to mind):