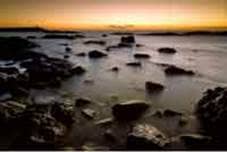 In a July 27 op-ed in The New York Times, entitled "Science Is in the Details," Sam Harris expresses concern over President Obama's nomination of Francis Collins to be the next director of the National Institutes of Health. Collins, who happens to be a Christian, is the former leader of the Human Genome Project, and Harris begins by noting that "Dr. Collins's credentials are impeccable" and that "he is ... by his own account, living proof that there is no conflict between science and religion." After quoting elements of Collins's views, however, Harris gets to his main thesis: "few things make thinking like a scientist more difficult than religion."

This claim would come as a surprise to the many great researchers and healers who have been religious believers -- from Johannes Kepler to Isaac Newton to George LeMaitre to Jane Goodall and from Florence Nightingale to Clara Barton to Albert Schweitzer to C. Everett Koop. Leaving aside the work of contemporary Christian philosophers and scientists like Alvin Plantinga, Robert Merrihew Adams, Nicholas Wolterstorff, John Hare, Arthur Peacocke, Stanley Jaki, and others, Harris simply does not address (much less adjudicate) the disputes on the nature of scientific progress and rationality among contemporary secular thinkers like Karl Popper, Thomas Kuhn, Paul Feyerabend, Richard Rorty, Jurgen Habermas, Lee Smolin, and others.

Harris seems to think that "neuroscience, psychology, cognitive science, and behavioral economics" are converging on an understanding of human nature. In particular, he writes as though the relation between minds, brains, and evolution is agreed on by "most scientists" who study the subject. This is untrue. Consider, for example, the debate between Harvard's Stephen Jay Gould and Cambridge's Simon Conway Morris on whether the emergence of intelligence is inevitable once life is in place and, more generally, whether there is progress in evolution; or consider, for example, the debate between Oxford's Roger Penrose and MIT's Max Tegmark on whether mind is a function of quantum effects and, more generally, whether consciousness is reducible to brain states. These disagreements are fundamental and far from being resolved.

Harris's editorial is a striking example of what has become a politically correct orthodoxy. He simply assumes that something called "science" is transparent and untroubling, while "religion" is anti-intellectual and threatening. In fact, however, the meaning and method of science and reason themselves are far from uncontested, as are the consequences of the attendant technologies. To be sure, much harm has been, and is being, done in the name of "God" and "religion." (We did not need Harris's The End of Faith to appreciate this.) It isn't only crusading Christians or Islamo-fascists who are narrow-minded and murderous, however. Would that it were so, for then we really could blame religious conviction for all the ills of the world. But, alas, the worm at the heart of humanity goes deeper than that. It touches even scientific rationality, which is clearly the creed that Mr. Harris venerates.

Secular values can occasion just as much prejudice and cruelty as religious ones; scientific reason can orchestrate just as much dogmatism and bloodshed as so-called superstitious prejudice. One need only think of Social Darwinism and National Socialist "blood and honor." The Nazi's genocide was perpetrated, with technocratic efficiency, in the name of racial purity and the survival of the fittest. And need I mention J. Robert Oppenheimer and the secretive and "scientific" building of the atomic bombs that killed 200,000 innocent civilians in Hiroshima and Nagasaki?

In addition to misrepresenting the present, Harris's sense of the past is skewed. He fails to note that the rise of Western science was not merely compatible with but historically dependent upon the teachings of biblical religion. As Loren Eiseley contends,

It is the CHRISTIAN world which finally gave birth in a clear articulated fashion to the experimental method of science itself ... It began its discoveries and made use of its method in the faith, not the knowledge, that it was dealing with a rational universe controlled by a Creator who did not act upon whim nor interfere with the forces He had set in operation. The experimental method succeeded beyond man's wildest dreams but the faith that brought it into being owes something to the Christian conception of the nature of God. It is surely one of the curious paradoxes of history that science, which professionally has little to do with faith, owes its origins to an act of faith that the universe can be rationally interpreted, and that science today is sustained by that assumption.(See Eiseley, Darwin's Centenary: Evolution and the Men who Discovered It, Doubleday: New York, 1961, p. 62.)

Science is indeed in the details, but so is history and so is theology. If one is going to criticize "an accomplished scientist and a man who is sincere in his beliefs" (Harris's description of Collins), then one has a duty to get the details right. Sam Harris fails in this regard -- or, rather, in this case he does not even try.

Timothy P. Jackson is a Professor of Christian Ethics and a Senior Fellow of the Center for the Study of Law and Religion at Emory University.