Surprised by (a Bundle of Joy) -- An Adoption Story 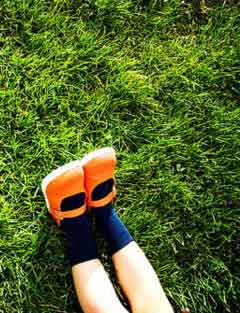 Like many couples, my wife and I always had slightly different aspirations for the number of children we would have.  Many concerns factored into the equation: finances, family-of-origin experiences, how much "interruption" we wanted in our lives and for how long, and other factors.  It was something that we hadn't really talked too much about until after we'd had our first two biological children, who were both boys.

For a long time after our second son was born, I was very content with two children.  I really had never even contemplated having more.  For whatever reason, two just seemed like the right number of children to have!  I came from a family with two children and my wife did as well.  So, after the birth of our second, I thought we were done.  Little did I know how wrong I was!

About four years after our youngest arrived, my wife started talking about having another child.  It became very, very clear that she longed to have a little girl that she could raise and with whom she could share the mother-daughter relationship.  My wife and her mother had their ups and downs, but in their adulthood they grew very close and loved to do things together.  I am sure that this was a major driving force behind my wife's desire to have a little girl.

I remained unconvinced.  I steadfastly didn't want any more children.  I was diametrically opposed to the idea.  It would take another year before I'd even consider it out loud.

What changed my mind?  I honestly don't know.  Perhaps it was my wife's prayers that God would change my heart.  Perhaps it was a growing awareness within me of how much my wife wanted to have a daughter.  I was beginning to realize that my wife would feel forever as if her life would not have been fulfilled and complete without the chance to raise a girl.  To this day, it remains a mystery how the hand of God moved in my heart.  Regardless, one day the topic came up and I agreed that we could look into it.  That was all my wife needed to hear.  The ball was rolling the next day.

We went through home studies and filled out questionnaires, even describing the kinds of children that we thought we could handle: how about interracial children?  What ages?  What handicaps, if any, would we be willing to consider?  Did we want a boy or girl or would we accept either?  What about twins -- or siblings?  There were so many things to consider.

The ball kept on rolling, and in what seemed like a matter of weeks (although it was actually closer to six months) we were invited to come to Holt International Services to view a picture of a little girl.  I must admit, there was excitement even in my heart as we drove to the agency.  I was not ready for my world to be turned upside down when I walked into the agency, but it was -- in a wonderful and positive way.  No sooner had we seen the picture of the little baby that would soon become our daughter than my heart was completely stolen (and it remains missing to this day!).  As soon as I saw her face, something in my heart sounded deeply: "This is my little girl!  This is my daughter!"

She didn't look anything like me, or my wife.  She was Korean, for one thing, and we are both Caucasian.  It didn't matter in the least.  She was still "my girl" from the moment I saw the picture.  I never expected that to happen.  I had shielded and guarded my heart for so long -- even hardening it to my wife's pleas -- that I never believed I would feel as I did about this little tiny face looking at me from a black-and-white photograph!

About three months later, we hopped on a plane to fly to LA to meet her flight arriving from Seoul.  The instant my wife saw her, she ran to take her in her arms, saying to the lady who had escorted her across the Pacific: "She's mine!"  The woman handed her over, and with that she was gone...but our daughter was home in our arms and hearts and in the hearts of her brothers.

I was deeply touched by another moment in the adoption process that totally surprised me.  It takes several more home visits and some period of time for the agency to evaluate whether or not a good match has been found.  As a result, the court appointment to finalize the actual adoption takes place some time later.  I expected this to be very much a "non-event."  We'd been told that it would only take 10-15 minutes, the judge would ask a question or two, and it would be over with a flourish of the judge's pen.