The Ethics of Firing, Part 2 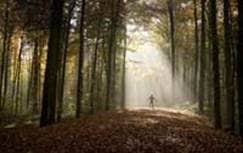 As explained in the first part of this essay, I will have to fire four people next month. They have all performed well and done what was asked of them. They may never again find a job that suits their personalities and skills as well as this one does.

Making matters worse, fearing that they will become disengaged, my company will not allow me to give them advance warning. And so they will endure the modern American firing ritual: the HR professional, the scripted dismissal read aloud, the immediate escort from the building. My company will be legally protected; my friends will be humiliated.

How can a Christian do this to someone? Am I a complicit cog in a capitalist machine too timid to side with the displaced? Or am I one under authority, carrying out the wishes of a power that God has ordained?

Honestly, I do not have clear and certain answers. But I am sure that I am a risk-averse father with a mortgage to pay and mouths to feed.

As I look for scriptural guidance, I see three models that I might use:

1. Servant Leadership and the Golden Rule: The Leader Should Take the Bullet

What would a Christ-like servant leader do in this situation? If my faith in Jesus calls me to put others before myself -- to be the servant of all -- should I resign my own job? That would give the firm more of the budget to use in keeping others on my team employed. My sacrifice would save others; that sounds biblical.

But here's the catch. I also have an ethical obligation to the employees who are not scheduled to lose their jobs, as well as an obligation to the company as a whole. Apparently (probably wrongly!) my company believes that I am the best person to turn the business around. They believe that I have innovations, relationships with customers, and the ability to sell. They believe that we will create more profit -- and therefore more jobs -- by keeping me around and firing somebody else.

If my company is correct, then does it follow that firing these individuals -- rather than resigning -- is actually an expression of compassionate servant leadership? If I resigned, the consequence could be further job losses within my unit and within the company. By staying on and applying myself diligently, I will protect the rest of my employees from losing their jobs, and I will be able to create new jobs in the near future.

2. The Day Laborer Parable: My People Are Receiving What They Were Promised

Jesus tells the story of day laborers hired at different times during the day who -- when it comes time to distribute wages -- all receive the same pay (Matthew 20). Jesus' purpose in telling the story is not to comment on rightful employment contracts. But it is clear that the landowner -- representing God in the parable -- makes no promise of ongoing employment: "Take your pay and go.... Don't I have the right to do what I want with my own money?" (Mt 20:14) Likewise, in condemning the rich in James 5, James focuses on "unpaid wages," not "failure to extend employment indefinitely."

Along the same lines, I spoke with a Christian investment banker who thinks of the compact between the manager and employee as one of "skills acquisition." When he hires someone, he emphasizes that neither of them knows how long the season of employment will last, but he assures them that they will leave with better skills than when they started.

Like the workers in the story, my people accepted a job at a specified rate of pay; they did their work and drew their pay for many days. They have gained valuable skills and experience, and have understood all along that I could not guarantee employment in perpetuity.

Justice may not require further employment, but does mercy? Yes! During a prior round of layoffs, I polled my team to see whether they would be willing to take a ten percent pay cut to keep three members on our team. My team -- to my elation -- agreed that they would take the pay cut. But our company disallowed it. The company believed that paying us below-market wages would increase our propensity to leave the firm. It was worth a shot.

Sole proprietors presumably can be more merciful. They pay people out of their own profits. Note that in the Parable of the Prodigal Son (Luke 15), the son remembers his loving father's workers and recalls that they have "food to spare." When you run the business, you can compensate your people more generously; when you are a middle manager in a publicly traded company, you are bound by the policies of the "master." The money is not mine, and I may not use it to use it to extend mercy to my soon-to-be-unemployed friends.