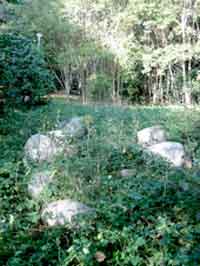 Back in the 1990s, the migration of religious groups to the Internet was a charming novelty. Word that Tibetan Buddhists had created an online database of searchable sutras, or that the Zoroastrians had started a web portal, was news in itself, tangible evidence that even the Internet -- the futuristic child of research universities and the military -- was becoming, like so much of our planet, a "land of contrasts."

Today nobody bats an eye at faith online. If, as some contemporary scholars argue, religion can be viewed as a marketplace, then most religious sects, groups, and large-scale institutions have long since recognized that the spiritual marketplace has moved online. That said, few religious communities actually root themselves in the Internet's hypermediated space of data packets, streaming video, and information overload. While most religious groups large and small now use the Internet to serve their communities, to proselytize, and to present a public face to the outside world, they generally do not engage the Net as a primary site of spiritual exploration, study, or direct religious experience.

Modern Paganism is another kettle of fish. Though the population of Pagans and other practitioners of magical arts cannot hold a guttering candle to monotheists online and off, the intensity, diversity, and sheer amount of online Pagan activity is remarkable. The popular Witch Vox site, for example, lists over 9000 separate websites on its Pagan search engine, while there are over twice as many Yahoo! groups tagged with "Pagan" as are tagged with "Jewish." There are scores of Pagan and magical archives packed to the gills with source texts related to mythology, the occult, and the other materials that modern Pagans use to study and even "remix" their religion.

Finally, while many religions dabbled with using the Internet to facilitate religious practice -- through prayer networks or streaming darshan -- some Pagans have brazenly proclaimed that the online world can be a site of sacred experience itself. There are scores of "virtual covens," and while some magic users question the efficacy of online rituals, many Pagans recognize an important connection between magical practices of group visualization and the shared worlds of virtual reality found in chat rooms or on Second Life.

The exuberance of online Paganism is wired into the matrix of the Internet. Witches, druids, and other Pagans were some of the first religious people to colonize university computer networks and bulletin boards in the 1980s, long before the World Wide Web was born and the Internet became a mass phenomenon. Despite their devotion to the moon and sun and other wild things, Pagans, it turned out, were quite at home with the new networked machines. In 1985, when National Public Radio reporter and witch Margot Adler was revising Drawing Down the Moon, her great social history of American Paganism, she surveyed the Pagan community and discovered that an "amazingly" high percentage of folks drew their paychecks from technical fields and from the computer industry. Some of these people were also avid participants in science fiction and fantasy fandom, whose culture of role-playing and imaginative enthusiasm not only served as a "gateway drug" for Pagan religion, but also laid down the template for many of the cultural references and communication styles of early Internet society.

In the decades before the Internet, many Pagans and others practicing the magical arts had a tough time finding compatriots, and even when they founded or joined covens and other circles, these groups were often quite isolated. To satisfy the need for a larger sense of community, American Pagans began to self-publish small-scale religious periodicals at an extraordinary rate. If the religions of Abraham are "religions of the book," modern Paganism became a "religion of the zine." When Pagans started to gather in the early Internet's bulletin boards and alt. groups, they were already at home in the sort of fractious, geeky, and funny world of chatter and debate that continues to characterize so many online forums today.

But Paganism's intimate relationship to the Internet goes deeper than cultural history. The Internet was designed for collaborative research, for sharing information, and, famously, for surviving the destruction of large portions of the network in the case of nuclear war. As such, its very architecture is decentralized and favors a many-to-many model of communication. If, as Marshall McLuhan argued, "the medium is the message," then the message of the Internet is that the healthiest networks are pluralistic and diverse. No one node holds the answer. With their polytheistic celebration of many deities over the one God, and their often improvisational and ad-hoc ethos of diversity and debate, Pagans are not just present on the Internet. They feed its soul. Erik Davis is the author of The Visionary State: A Journey Through California's Spiritual Landscape and Techgnosis: Myth, Magic and Mysticism In the Age of Information.