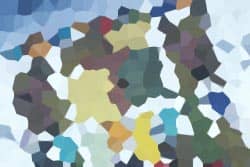 Over the past couple of decades, the Web has expanded the flow of information between like-minded people as well as between those separated by great cultural and geographical distances, changing the way we understand everything from politics to entertainment. It has also provided a new space for interaction -- a virtual world in which users can communicate freely and easily. These developments have allowed people to establish and foster individual online identities, granting them real-time access to information and correspondence.

Like most things, religion hasn't been immune to these transformative powers of the Web. In fact, many religious people have embraced the technology as a way of enhancing their faith. According to Stewart Hoover, a journalism professor at the University of Colorado and director of its Center for Media, Religion and Culture, the Web and other new media are appealing forums for people seeking religious insight and spiritual inspiration. "They are media where people can take their own initiative and bring together new combinations of things in unique ways that are satisfying and meaningful to them," Hoover says. "The elasticity and the plasticity of the Web are very attractive to them."

Because of its adaptable and interactive nature, the Web offers its users a wide variety of religious experiences. From providing service times at local houses of worship, to forums for discussing controversial topics, to online churches and communities, the Internet and the content of the World Wide Web have, to a large extent, revolutionized the way people think about and experience religion.

In 2000, Christopher Helland, assistant professor of sociology of religion at Dalhousie University in Nova Scotia, proposed a useful framework for examining religious participation on the Internet. He established two distinct categories: religion online and online religion. Religion online refers to places on the Web -- usually sites run by official organizations or religious groups -- which provide information but no interaction. In contrast, Helland defines online religion as mostly unofficial or unaffiliated sites that offer visitors some sort of interaction with other visitors or with people who create content for the sites. Helland, who admits that a major problem with his topic of study is the rapidly changing nature of the Web, closed a 2005 journal article by predicting that organized religious communities would begin to adapt to the Internet as an additional venue for social interaction beyond traditional brick-and-mortar public spaces. Four years later, as religious groups begin taking advantage of online resources -- and social networking, in particular -- it seems that Helland's prediction has come true.

Revolution NYC -- a non-denominational Christian church based in Brooklyn, New York, and led by Jay Bakker, son of Jim and Tammy Faye, the famed televangelists of the 1980s -- has begun to blur the line between religion online and online religion. Although the church holds weekly services and Bible studies locally in Brooklyn - as well as in its Atlanta and Charlotte locations - the majority of Revolution's members are part of a virtual community. Visitors to the church's website can download or stream the weekly sermons, view photos and videos, and read about and discuss a variety of topics on a message board. Revolution also maintains a collaborative blog and an active presence on social networking sites such as Facebook and Twitter, and Bakker regularly posts videos providing answers to questions he receives from members. These online options are avenues for Internet users not only to get information, but also to have meaningful interaction as part of a community and to create individualized religious experiences.

Vince Anderson, Revolution's assistant pastor, says that he and Bakker are working hard to become even more involved with the church's virtual community. Twitter allows them to be closer to members as pastors because through that medium they are able to provide immediate feedback and support to congregants who may be hundreds or thousands of miles away. There are also groups around the world that meet weekly to listen to and discuss Revolution services. "We want to facilitate those groups more," Anderson says. "We want to create real community out of the virtual community that's already been established."

Although some religious organizations like Revolution are beginning to use the interactive components of the Web as a religious medium, blurring Helland's distinctions as a result, many others still fall more exclusively into the "religion online" category. Stewart Hoover believes that some members of traditional religions such as Catholicism and Orthodox Judaism have been skeptical of utilizing the Web for anything other than informational purposes because they feel it has the potential to undermine control over the meanings of their symbols and ideas.