Another organization, founded to oppose gay marriage, takes the anti-insurance reform rhetoric one step further, stating, "Not only can this bill be killed, it must be killed. This is a very dangerous bill: The bill would cause increased, and probably coercive, abortions. It includes forced public funding of abortions. It denies any conscience rights for health care workers." All three of these statements are false: no one in the U.S. can be forced to have an abortion; there are no specific provisions for abortion funding in current legislation; and President Obama has repeatedly promised to support new legislation codifying existing conscience rights for healthcare providers.

All these efforts ignore studies that suggest providing healthcare to more people will actually result in a further decrease in the abortion rate. A 2003 report by the Guttmacher Institute and the United Nations Population Fund, for example, estimated that providing women's health services to the 201 million women in developing countries without access under the previous "Mexico City Policy" had the potential to prevent 52 million unintended pregnancies and 22 million abortions annually.

The Bush Administration came into office with a federal budget surplus and majorities in both houses of Congress, but witnessed an unprecedented expansion in the number of uninsured people and did nothing to control spiraling healthcare costs. Now the Republican Congressional leadership has made it clear they see opposing health insurance reform as their road back to control in Congress.

The U.S. Bishops' Conference has a longstanding commitment to the idea that healthcare should be a right for the many, and not an expensive privilege for the few. It is truly inimical to our Catholicism that these conservative groups are using the language of faith to undermine the Christian imperative to care for the sick.

As Thomas Merton said, "Christ our Lord did not come to bring peace to the world as a kind of spiritual tranquilizer. He brought to his disciples a vocation and a task -- to struggle in the world of violence to establish his peace not only in their own hearts but in society itself." The striving for a peaceful world is, for the committed Catholic, about seeking healing at all levels of our lives. 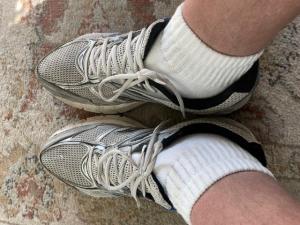 2022 Film Journal
Peter T. Chattaway
About
Get Patheos Newsletters
Get the latest from Patheos by signing up for our newsletters. Try our 3 most popular, or select from our huge collection of unique and thought-provoking newsletters.
From time to time you will also receive Special Offers from our partners that help us make this content free for you. You can opt out of these offers at any time.
see our full list of newsletters