Comprehensive Ethics. Confucian ethics in its most comprehensive form relies on a cosmological context of the entire triad of heaven, earth, and humans. Human actions complete this triad and are undertaken in relation to the natural world and its seasonal patterns and cosmic changes.

In this context humans are biological-historical-ethical beings who live in a universe of complex correspondences and relationships. Cultivation of the land and of oneself are seen as analogous processes requiring attention, care, and constant vigilance. Virtues are described as seeds that sprout through moral practice and flower over time.

The ethical vitality of the individual is situated against the backdrop of the dynamic pattern of ch'i in nature. The Chinese martial arts and medical practices reflect this attempt to balance and cultivate one's ch'i as part of maintaining one's physical and moral health.

For many Confucians this meant not only reciprocity with the patterns of nature but also responsibility for the health of nature as well. It was thus critical for the government to support agriculture through irrigation systems as creating the basis for a sustainable society. Human livelihood and culture was seen as continuous with nature, as the following passage by a leading Han Confucian, Tung Ch'ung-shu (c. 179-c.104 B.C.E.), indicates: "Heaven, earth, and humans are the basis of all creatures. Heaven gives them birth, earth nourishes them, and humans bring them to completion. Heaven provides them at birth with a sense of filial and brotherly love, earth nourishes them with clothing and food, and humans complete them with rites and music. The three act together as hands and feet join to complete the body and none can be dispensed with."

Within this broad cosmological pattern of Confucian thought the person is seen in relationship to others and not as an isolated individual. Thus there are more grounds in Confucianism for emphasizing the common good, which is critical for developing environmental ethics. Western traditions tend to underscore the importance of the individual, highlighting her/his rights and freedoms. The Confucian tradition stresses the importance of cooperative group effort so that individual concerns are sublimated to a larger sense of the common good. In this view, self-interest and altruism for a common cause are not mutually exclusive, and responsibilities rather than rights are stressed. Such a communitarian value system may be indispensable for fostering sustainable communities.

With the Confucian emphasis on the continuity of the family there is a strong ethic of indebtedness to past generations and obligations to descendants. Within this moral framework there is the potential for evoking a sense of self-restraint and communal responsibility toward the environmental well being of future generations. In other words, the Confucian emphasis on lineage (ensuring continuity from the ancestors to the heirs) may be raised to another ethical perspective, namely, intergenerational obligations toward maintaining a healthy environment. On this basis it could be argued that unlimited development or unrestrained consumption should be curtailed.

The hierarchical social system of Confucianism can also be expanded to place humans in relation to the biological lineage of life in the natural world. In this sense, loyalty to elders, teachers, and those who have gone before may be broadened to include respect for the complex ecosystems and forms of life that have preceded humans. Thus biodiversity can be valued. The total dependence of humans on other life forms for survival and sustenance may be underscored in this scenario. "Loyalty" is thus enlarged from the human world to include the natural world itself.

Confucian education as essentially a form of moral cultivation has been viewed as a means of contributing to the betterment of the sociopolitical order. By extension, ethical restraint toward the unlimited use of the environment can be seen as adding to the social and political stability of the region as a whole. From a Confucian perspective moral suasion and education are a viable means of evoking communal changes that would promote such stability through personal choice and voluntary measures rather than simply through legislation from above.

Confucian forms of government are generally highly centralized and interventionist. Thus, they can afford to engage in long range planning with other key sectors, especially the business community. Because this long-term policymaking is not unfamiliar in East Asian societies, it is possible to include environmental issues in these kinds of centralized strategic planning. Rather than only being concerned about immediate goals or quarterly profits, such planning can assist processes of environmental preservation.

History is valued in Confucian societies as a means of maintaining civilizational continuity and collective memory. Thus, there is a greater sense of the importance of the transmission of ritualized behavior as a means for deriving lessons from the past for the present. In other words, history is often narrated through a moral framework as a means of guiding present decision making. This may be helpful in raising issues of what is currently at stake in the precarious rush to global consumerism by contemporary civilizations, especially in light of resource limits and the current ecological crisis. The long-range civilizational perspectives that East Asia holds may be invaluable in reorienting societies toward long-term sustainable policies and practices. 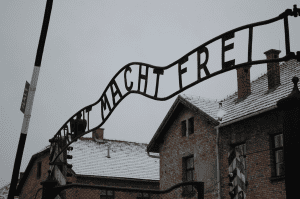 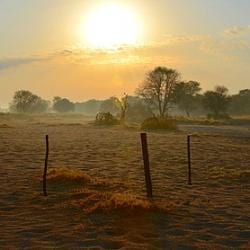 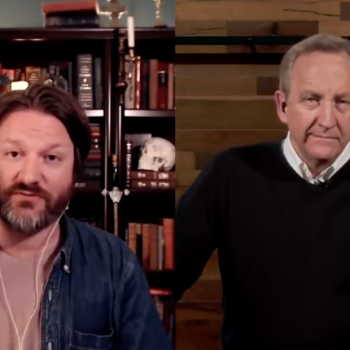 Preacher: If You Have Sex Before Marriage, You'll Cheat During Marriage
Hemant Mehta
4

America’s largest Christian adoption agency will now work with LGBTQ parents:...
Jim Denison
Get Patheos Newsletters
Get the latest from Patheos by signing up for our newsletters. Try our 3 most popular, or select from our huge collection of unique and thought-provoking newsletters.
From time to time you will also receive Special Offers from our partners that help us make this content free for you. You can opt out of these offers at any time.
see our full list of newsletters
Editor's picks See all columnists