Having Faith in Joshua DuBois

He eventually became an associate pastor in the Boston area, earned a master's degree at Princeton, and gained a thirst for social justice.  DuBois found himself trying to choose between ministry and politics when in 2004, he heard a speech that made the difference.

"We worship an awesome God in the Blue States," Obama said at the 2004 DNC Convention.

That line did it: a candidate who saw a life where faith and politics can -- and do -- intersect. After much persistence, he began working for then Sen. Obama. It eventually led to becoming faith director of his 2008 presidential campaign.

Early in the campaign, DuBois would hold faith town halls where just a few dozen people would show up. His team's mission was to convince people one at a time that faith matters in public policy.

Now as Obama's faith director, the crowds are larger, the stage is bigger but the message is still faith-centered.

Read the rest of the article at www 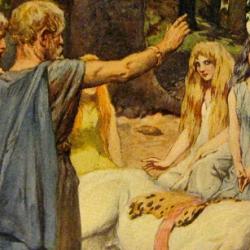 Mayberry/ Mt. Airy N.C.--- and Where we are Now
Ben Witherington
4 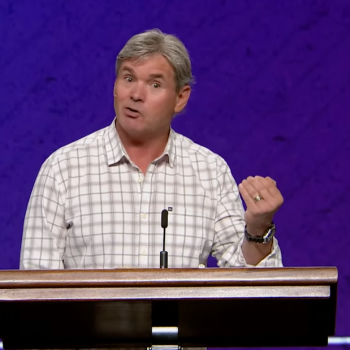 Pastor Jack Hibbs: The Biden Administration is "Christless, Godless Evil"
Hemant Mehta
About
Get Patheos Newsletters
Get the latest from Patheos by signing up for our newsletters. Try our 3 most popular, or select from our huge collection of unique and thought-provoking newsletters.
From time to time you will also receive Special Offers from our partners that help us make this content free for you. You can opt out of these offers at any time.
see our full list of newsletters