Recently there was a big push in the publishing world to say, "Oh my goodness, there's this evangelical Left that we never knew about."  But even smart people tend to see the evangelical Right as a group that works in great synergy with one another.  But my research shows that, many times, they cannot circle the wagons.

What sort of principles should guide evangelical engagement in the political sphere?

It seems to me that if evangelicals continue to frame their political issues as defenses of a previous generation, in a reactionary mode, or if they continue to be seen as primarily advancing a politics of negation -- that is, we're going to be against civil unions, against evolution being taught in public schools, and so on -- that strategy is a losing strategy.  They might achieve temporary gains, but over the long haul, if you look at the broader sweep of American political life, it tends to swing toward those who are more inclusive, more open, and who expand rights and freedoms.

So it seems to me that if evangelicals want to continue to hold the traditional line on gay unions or civil marriage, it cannot be an argument against.  It has to be an argument for.  You could make an argument that says that because we care so much about children, we want to uphold the family arrangement that has been proven time and again to be the most successful way to raise a child: and that's a biological father and mother in the same household together.  That is the real key.  If they were able to frame the real argument as being expansions of opportunities and being proactive instead of reactive, that would be the way that evangelicals could actually engage a wider audience. 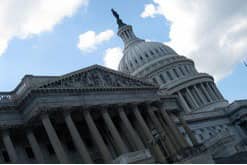 Have you located any best-practice models worth emulating, evangelical individuals or organizations that embody those principles well?

I think the International Justice Mission has done a terrific job on this front.  They frame the sex-slavery that entraps millions of women as an issue of human rights, and also as a theological imperative.  And the image of slavery is so rich with biblical allusions that they are able to frame their mission very well.  This is a subject that evangelicals have been excited about at various times.  But there are divergences of commitment to that particular framework.

On the conservative side, the Legacy group, which is modeled on the Council for National Policy, is another good example.  It's a younger group of evangelicals, led by some smart people who wanted to retain the evangelical parts of the Christian influence of the previous generation, but who were not interested in being reactive in their orientation.  I think that they represent a positive framework on that side.

Let's turn to some issues that are in the news today.  How do you see the evangelical community presently engaging the Obama administration?

That is a complicated relationship.  The reason why it's complicated is because President Obama is a master at using religious rhetoric and religious symbols to draw people to his political orientation.  But most of his senior cabinet officers and White House officials just don't speak in that same register.  This is a difference between the Bush administration and the Obama administration.  The Bush administration had people like Michael Gerson, Joshua Bolten, and Karen Hughes, all of whom could genuinely speak about their own faith in a way that sounded familiar to evangelicals.  They hired a number of evangelicals and there were many evangelicals in the White House.

There are probably more evangelicals in the Obama White House than there were for Clinton or Carter, but it's still nowhere near what you see on the Republican front.  A number of evangelicals who voted for Obama have been disappointed that, for example, his position on abortion really doesn't reflect the nuance that he spoke about in the campaign.  He basically has held the hard-left Democratic line on abortion policy.  And to the best of my knowledge, I don't think there's been any real change in how Obama related to the abortion debate from the way that Clinton has, except that Obama says that he doesn't want to demonize his opponents on this issue.

"The Fellowship" has been much in the news recently, as several political leaders who participate in their Bible studies have been caught in sex scandals.  What is your response to conspiratorial notions of The Fellowship and what it does?