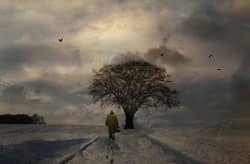 I believe three things about the relationship between religion and the environment. These beliefs shape my life as a religious-environmental leader and as the executive director of GreenFaith, an interfaith environmental coalition. I see their related dynamics play out in my organization's work every day.


What are these beliefs?

First, I believe that people's most powerful experiences of God almost always happen outdoors. Pastorally, most religious leaders don't know what to do with these experiences -- whether to reject them as "worship of creation" or to approach them hesitantly, uncertainly. I believe religion must embrace them to be a force for ecological good.

Second, I believe that capitalism as currently practiced tends in an addictive direction and shapes individuals to believe that consumption is life's purpose. Until this style of capitalism changes, creation is at risk and people will be stuck in consumerist bondage until they realize that spiritual freedom and moral decency come, in part, through responsible consumption.

All religious-environmental work is connected to these themes. I would like to share several stories about ways that GreenFaith has engaged them.

Spiritual Experience and the Environment

Several years ago, an African American Baptist pastor told me the following story:

I grew up in south central LA. I was Baptist, and I must have sung "How Great Thou Art" a thousand times by the time I was 12. Then, one summer, my Boy Scout Troop organized a trip to climb Mt. Whitney. It was a very difficult, challenging climb. I had never had to work so hard physically as I did to get to the top of that mountain. But when I did, and when I looked around at the hundreds of smaller peaks that fanned out below where we were standing, when I looked at the huge expanse of land that I could see -- then, for the first time, I could say "How Great Thou Art" and mean it.

Since 2002, I've spoken with hundreds of adults about their spiritual experiences in nature -- all unique, but each containing a strong connection to the sacred. Invariably, it is a captivating thing to do.

Over and over, in different settings, the same pattern of events unfolds. Individuals gather. They are invited to sit in silence and to recall a spiritual experience, a deeply meaningful experience they've had in nature, in the environment. I don't define the terms beyond this. It's not necessary.

After a minute, no more than two, I ask people to share their stories. There is little delay. One person describes an experience, then another, and another. People of all ages take part -- not just those accustomed to talking in small group discussions. People of all ages speak, men as often as women. As the stories emerge, everyone in the room becomes more animated. Those telling the stories speak slowly; they choose their words carefully and artfully, modulate their voice tone and pace of speaking, and express what I see as a re-ignited life. Their facial muscles shed the customary tightness of involuntary stress, and their expressions become more complex, nuanced. Everyone becomes quiet. For almost everyone who takes part in this exercise, it is the first time they have ever spoken about these experiences, frequently among the most powerful spiritual experiences they have ever known.

The story, above, is about awe -- one of the common themes in people's nature experiences. Here is a second kind of story:

One summer when I was in my early 20's, I was doing a cross-country trip to the southwest. My friend and I were driving in New Mexico or Arizona and got lost on side road. We just settled in and decided to sleep in the car or just outside. We parked and were sitting outside the car when the sun went down. It was spectacular with the colors. My friend went to read; there was a summer lightning storm on the horizon 50 miles away. It was completely soundless, and the lightning illuminated the desert. I watched it literally for hours.