It's Not Obama, It's Abbas 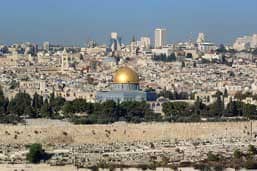 The assertion has been gaining ground in recent days that Israelis need some Obama time.

The 44th president is now seven months into his term, he's done his fair share of globetrotting, including in this region, and yet he's not yet found the day or two to pop in and visit the only allied democracy in the Middle East.

Not only are we anxious to host the president, runs the argument advanced in a number of recent newspaper editorials and op-ed articles, but if only Obama were to speak directly to us -- as he spoke to the Muslim world in Cairo in June -- we would understand him better, like him more, and act accordingly. As things stand, goes this line of thinking, we're feeling unloved, marginalized, even irritated -- and so we're digging in our little Zionist heels.

Well, of course we'd welcome a presidential visit. Just over a year ago, when candidate Obama made a brief trip here, he was accorded the full rock-star treatment. The preceding visit, by a bona fide serving national leader, Britain's dour Prime Minister Gordon Brown, was utterly overshadowed by his arrival. Everybody wanted to meet the glamorous Democratic nominee. Every journalist wanted to interview him. Every politician of most every stripe wanted their photo taken with him... sorry, wanted to hold substantive political discussions with him.

Were he to return, now, as leader of the free world, the interest would be still more intense, the clamor for his attention yet more feverish, and the joy that he had spared us some of his time even more unbridled.

At a stroke, I suspect, the very fact of his arrival would begin to remake some of those opinion polls which show that an overwhelming proportion of Israelis consider his presidency to be anything but pro-Israeli. We are a volatile, enthusiastic and easily pleased people. When the leaders of Arab nations embrace the leaders of ours, we have proven ready overnight to put aside decades of well-founded suspicion and to shift, by morning, to a veritable insistence on territorial compromise for the awakened cause of peace. Were the president of our most beloved and most important ally to fly into Ben-Gurion Airport, reemphasize his country's unwavering commitment to our well-being, and set out his vision of our path to long-term stability, we would applaud him, carefully examine what he had to say, and perhaps even shift our attitudes... a little.

But the notion that a few well-chosen words, delivered on our home turf by an articulate, charismatic president, would fundamentally change us, and by extension fundamentally alter the complex mix of forces that, to date, are stymieing Obama's energetic bid to revive the Israeli-Arab process, is simplistic and mistaken.

Because the fact is that it's not Barack Obama we Israelis most need to hear from. It's Mahmoud Abbas -- and a very different Abbas, at that, from the one who presided over the recent Fatah conference in Bethlehem.

Day after incendiary day in Bethlehem last month, we did hear from Abbas, and from his colleagues in the Fatah leadership. And the noise was not good.

We heard the absurd accusation that Israel, under former prime minister Ariel Sharon, had conspired in the assassination of Abbas's predecessor Yasser Arafat. This is a pernicious charge indeed -- that the Zionists killed the symbol of the Palestinian national cause. Risibly, a committee was established, with unanimous approval, not to probe whether Israel had done the foul deed -- that ridiculous assertion was treated as a given -- but rather how it had been achieved.

We heard speeches insisting on the Palestinian right to "resistance." We heard speeches in defense of the Aksa Martyrs Brigades -- Fatah's chief perpetrators of suicide bombings -- a terrorist organization that the Palestinian Authority is supposed to have dismantled but which was ringingly re-endorsed as the Fatah armed wing. We heard pledges of looming Fatah "sacrifices" in the cause of liberating all of Jerusalem, until the city "returns to the Palestinians void of settlers and settlements."

By comparison with some of the resolutions his colleagues approved, Abbas's own address to the conference was relatively mild -- endorsing "the path of peace and negotiations" and rejecting "all forms of terrorism" even as he reserved the Palestinians' "authentic right to legitimate resistance as guaranteed by international law."

But what we heard overall -- what the Israeli and the Palestinian publics heard overall -- were not the harmonious melodies of reconciliation, but the fiery, bitter rhetoric of conflict and confrontation. What we heard overall was not even the reluctant acceptance of Jewish sovereign legitimacy alongside the struggle for Palestinian sovereign rights, but the angry denunciation of an Israel whose claim to its own capital was rejected and whose Jewish demographic majority was to be overturned by an influx of millions of "returning" Palestinians.