Judaism and Ecology: A Theology of Creation

By Daniel B. Fink 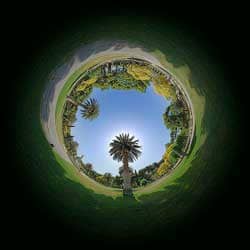 Keep two truths in your pocket and take them out according to the need of the moment. Let one be "For my sake the world was created." And the other: "I am dust and ashes." -- Rabbi Simcha Bunam

Introduction
The endeavor to formulate a systematic environmental ethic is quite new to Judaism. For most of Jewish history, our sacred texts -- from Hebrew scriptures to Talmud to medieval philosophical, legal and mystical literature -- have dealt with ecological issues incidentally, as they arose. Ecology was not a discrete area of inquiry; it was, instead, an integral part of the weave of relationships between God, humanity in general (and Israel in particular), and the rest of the natural world.

Furthermore, Jewish positions on environmental issues have never been monolithic. In this, they reflect the multivocal nature of our tradition's texts and worldview. Still, contemporary scholars seeking a normative Jewish perspective on questions central to earth ethics can find much of interest in what is known as "the account of creation" (ma'aseh b'reishit) set forth in the first two chapters of Genesis and subsequent generations of commentaries on these texts.

For the most part, Jewish teachers have resisted the tendency to read the Torah in a static, literalist manner. The Genesis narrative describes an ongoing process, for as the Jewish liturgy affirms, God renews the work of creation daily. Humans occupy a unique niche in this dynamic picture of God's world. We are both a part of nature and apart from it.

Between Dust and Divinity
Consider the order of the creation in the first chapter of Genesis. Humanity is not formed until the sixth day, after light and darkness, water and dry land, plants and animal life. We are clearly the final act of the Creator. But what does this suggest about our place in the cosmos? The Babylonian Talmud recounts a debate over why God created humanity last of all the living beings. One rabbi suggested that people were the pinnacle of creation. He compared God to a king who prepared a fantastic feast and, after all was readied, invited the guest of honor. Thus, God made the entire natural world for the sustenance and enjoyment of humanity. Then, a second sage offered a very different response: "Adam was created at the end of the sixth day so that if human beings should grow too arrogant, they may be reminded that even the gnats preceded them in the order of creation." According to this perspective, humanity is more or less a divine afterthought.

This is the same tension expressed in Simcha Bunam's aphorism about keeping two truths in one's pockets. A Jewish earth ethic recognizes humanity's unique power to use nature's bounty to our benefit. At the same time, it reminds us that each part of God's creation has its own intrinsic value. As the great medieval Jewish philosopher Moses Maimonides states in his Guide to the Perplexed, the Torah affirms after each day's creation, "God saw that it was good." Such praise is not reserved for humanity. Indeed, the biblical narrator declares that upon finishing, "God saw all of the works of creation and behold, they were very good." The text goes out of its way to emphasize the value of each plant and animal. Therefore, Maimonides concludes, "All the other beings have been created for their own sakes, and not for the sake of something else [e.g., humanity]."

The Question of Dominion
If human prerogatives are counterbalanced by the assertion of nature's intrinsic value, what can one make of the somewhat infamous verse where God tells the first humans to master the earth and take dominion over all the living things? Contrary to the critique of Lynn White and many others, mainstream Judaism did not interpret this as a divine carte blanche to exploit nature without remorse.

Nine hundred years ago, Rashi, the most distinguished commentator on the Torah, noted that the Hebrew word for "take dominion" (v'yirdu) comes from the same root as "to descend" (yarad). Thus, he declares: "When humanity is worthy, we have dominion over the animal kingdom; when we are not, we descend below the level of animals and the animals rule over us." We are preeminent only when we act in keeping with the highest standards of responsibility. Abusing the rest of the creation is a sign of debasement rather than dominion. To cite a modern example, if we destroy human life on earth through nuclear accident or war, the cockroaches will, in all likelihood, succeed us as the "masters" of the planet.

Furthermore, the true significance of the mandate given to humanity in Genesis 1 is not defined until the second half of the creation account, which is found in Gen 2:4-15. Many biblical critics of the past century have emphasized the discrepancies between these two stories, attributing them to different authorial traditions. However, Jewish tradition -- and an increasing number of literary-minded contemporary scholars -- view the accounts as complementary. Each speaks to an important aspect of our relationship with the rest of God's creation, and the full picture emerges only in the rich dialectic between them.