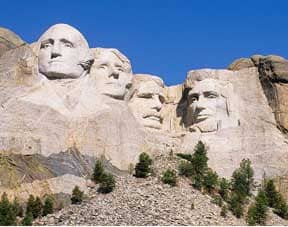 The moral habits of western societies were originally conceived as responses to Jewish and Christian theological convictions about the nature of God, the human condition, covenant, grace, and salvation.  If you want evidence for this, dig around in our culture's moral habits -- which are found in the non-profit institutions it supports, the mythic stories it tells itself, its founding documents, and the exemplary persons it tries to emulate, among other things -- and you'll find a thick Judeo-Christian layer.

To offer a familiar example:  in the history of western cultures, churches have established a multitude of institutions to reflect Christian values and ideals that were subsequently dispersed throughout the West and have come to be taken for granted as elements westerners expect to find in any livable society.  Think about such institutions as universities, hospitals, social service agencies, art patronage, public libraries, urban cemeteries, public parks and playgrounds, the constitutional form of government, family law, and homes for orphans, the destitute, and elderly.

Each one can be traced back to the founding efforts of organized religion.  True, most universities, hospitals, social service agencies, and the rest are now independent non-profit, for-profit, or state-run institutions.  But the historical record is that their first appearance in western civilization in anything like their modern form came by way of the agitations of religious communities who were motivated by religious ideas.

Consider the following list of social reforms that have been major chapters in the history of the U.S.:

All of these reforms began as moral crusades with their origin in the churches and synagogues.  It is fair to argue that while mistakes have been made, and that the first flush of social reform can sometimes be overbearing (e.g., prohibition), most people in the West will agree that the institutions named above foster legitimate public goods, and that the reform movements listed are responses to social evils that really are harmful and deserve to be regulated or eliminated.

That we largely concur that these goods are good and these evils are evil, and for the most part assume that any society we would wish to be members of will address these things through institutions and laws, shows the extent to which the moral habits that originated within religious communities have been adopted and internalized by western secular culture, even though the religious pedigree of these institutions and laws is forgotten and, in some quarters, strenuously denied.  But it is a matter of historical record.

Immediately underneath modern notions of justice and human rights, which have been enshrined in the U.N. Declaration on Human Rights, one finds the Enlightenment ideal of humanité with its notion of inalienable "natural rights," which were notably expressed in the U.S. Declaration of Independence and France's Declaration of the Rights of Man.  The "naturalness" of rights in these Enlightenment manifestoes was held to be self-evident, obvious to any reasonable person who bothered to think about it.  But in addition to their self-evidence, these documents describe natural rights as "sacred" and as granted by the Creator.

This is a minimalist theology, to be sure, but contains more of a reference to transcendence than is found in the U.N. Declaration, which rests its assertions on the lateral principle that "all human beings are born free and equal in dignity and rights.  They are endowed with reason and conscience and should act towards one another in a spirit of brotherhood."  Even so, theological traces remain.  What, after all, is "brotherhood"?  The presumption that all human beings are siblings is a theological assertion that sides with monotheism over against polytheism and polygenetic theories of evolution.  Monotheism contends that all human beings originate from a single ancestral line.  We are not creations of different deities, nor descendents of different genetic progenitors.  The Genesis account of Adam and Eve still hovers in the background of the western notion of the family of humanity.