The Nonduality of Ecology and Economy 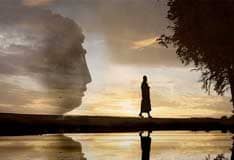 "The American way of life is not negotiable" declared President George H. W. Bush at the 1992 "Earth Summit" in Rio de Janeiro. It was his response to what everyone else there had realized: that the earth's ecology is endangered and "that nothing less than a transformation of our attitude and behavior would bring about the necessary changes" to protect it, according to Maurice Strong, secretary-general of the conference.

In 2002, a ten-year follow-up to the Earth Summit was held, but President George W. Bush did not bother to attend. When his White House press secretary, Ari Fleischer, was asked whether the new president would encourage Americans to reduce consumption in order to reduce pollution, he said no: "The American way of life is a blessed one."

What happened during those ten years? Unfortunately, not very much. After the Earth Summit it seemed like the world had finally awakened to the eco-crisis, and for a couple years I noticed that almost every media report on the oil industry referred to global warming. And then ... the world seemed to fall asleep again. The environmental crisis was not really forgotten, but the linkage between ecology and economy was de-emphasized -- and so very little was achieved, because not much can be achieved without addressing their interconnectedness.

Why did so little happen during that decade? It's only a guess, but I suspect that two different reactions reinforced each other. Corporations -- especially oil companies -- realized that the new green movement was a threat to their profit margins, and rather than restructure they decided to fight, with a massive advertising and propaganda campaign designed to muddle the issue by denying climate change. (Jim Hansen, head of NASA and the world's most respected climatologist, has called their misinformation campaigns "crimes against humanity.")

At the same time, consumers began to realize the same thing -- that the eco-crisis is a serious challenge to consumerism -- and rather than change the "blessed American way of life" it was easier to ignore the problem. After all, the experts disagree, don't they? The result was mass denial. At some level of consciousness, many if not most people were aware that the environment is deteriorating, but that didn't have much affect on our day-to-day lives. As the economy boomed, most of us consumed more than ever.

As a result, much valuable time has been lost, and the need for drastic change has become even more urgent. Yet that will not happen until we realize the nonduality of ecology and economy. Although most people still see the issue as merely a technological problem, to be solved by lowering carbon emissions, atmospheric carbon is only the visible tip of a much more ominous iceberg.

According to the United Nations Environment Program, 1 in 4 mammalian species, 1 in 8 bird species, 1 in 3 amphibian species, and 70% of all the world's plant species are now endangered. Global warming, along with deforestation, agriculture, and urbanization, could drive half of all species on earth to extinction by 2100, according to eminent biologists such as Edward O. Wilson of Harvard University. Ninety percent of all large fish species have been driven toward extermination. Depleted water tables are becoming a global problem, and since 1950 the world has lost about 30% of its arable land and soil fertility.

Most of us are familiar with these grim facts, but too often such statistics remain abstract and disconnected from our own lives. We overlook the institutions that mediate between the biosphere and our own patterns of consumption: the world's globalizing economic system, which today is seven times as large as it was in 1950. The fact that 20% of the Amazon rainforest ("the lungs of the earth") has been cut down in recent decades needs to be connected with our "need" for more soybeans to feed the cattle and pigs who provide our beef and pork. The fact that almost all large fish species are endangered is a consequence of the high-tech ship-factories that trawl the oceans with enormous drift nets. Most fresh water is used for agriculture and manufacturing; vast amounts of topsoil are lost because of industrial farming. And so forth.

It would be a serious mistake to blame everything on capitalism. Most of us (at least in the "developed world") have benefited much from the affluence provided by its innovative dynamism. The old Soviet Union was not capitalist -- it was a classic example of "command socialism" -- and its ecological record was perhaps the worst of all developed nations. What capitalism and state socialism have in common is a preoccupation with industrialization, which has accelerated and taken on a life of its own.