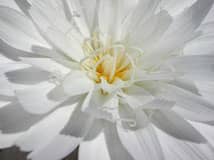 The story we call the environmental crisis is nothing more than a human crisis. If we pay attention, we will hear in it our own story, echoing back to us from a deep horizon. Learning to listen is so important now because, in a way, we have all recently been blinded.

Everyone learns to see the world through the lens of culture. For tens of thousands of years, those countless cultures -- all of them -- cultivated the natural curiousness of children about creation into knowledgeable adulthood. At their root, they taught people to see the environment as enchanted, brought to life by a Creator.

Creation was not called ‘nature,' or the ‘natural world,' then. Nor was the immense knowledge of the world people acquired and passed on named ‘the natural sciences.' Most importantly, cultures accumulated a continuous treasure of beneficial knowledge piled generation upon generation as a whole and recognized the living connection between everything on earth -- beneath its soils, above its skies, and in its sweet and salty waters. They further connected this with the spirit of life that ran through it all from a Living Source beyond in the realm of the Unseen.

Because of their holistic understanding of the world -- themselves in creation and creation in them, come to them from a Life-Source apart -- they understood that they were to live in it, work from, with, and on the portion of it in their immediate grasp, and take care of it so that it would remain there for them and their children, grandchildren, and furthest descendants. They also knew that their offenses against creation were violations against the Creator and would inevitably be met with creational disaster directly affecting their vicinity, if left uncorrected. They called this Divine Judgment, or the Judgment of Heaven.

Such was the wisdom of man. In only the last few centuries, however, this most basic intelligence and outlook has been lost to us. Steadily, but abruptly, we have accepted lenses that cut life from its Source and ourselves from our own environments. And because of this, we have generation-by-generation killed off the native curiosity of our children and forgotten how even to live in our own localities.

In the place of the continuum of human knowledge bequeathed to us by our predecessors, we have assumed an incapacitating reliance on mechanized world-spanning control systems...for the very bread we put into our mouths, the water we drink, the fire we kindle, the land we live on, the shelter we repose in, even for the cloth to cover our own nakedness. This humiliating dependence on collectivized, dehumanized enterprise has disabled our still-human hearts. For even if we claim belief in the Creator, we can no longer see the Provider as actually providing. We look on these interlocking control structures -- what modern people have accurately called for short, "the system" -- as giving us our provision.

This has proven a most fatal error, for it forfeits our prime human birthright: Freedom to verify the single thread of truth running through all reality: Tawheed, Oneness: That God is One apart, the sole Creator, who is Beauty; that all else is one fellowship of creation, serving, willingly or unwillingly, His purpose by design; and that God has made creation, including man, changeable so that he can make of himself, his society, and his environment a living witness to the commandments of the One.

This is ‘ibadah, man's totality of worship, which thus encompasses all of his earthly activities, which in the end must cycle back into a continuous esthetic of beauty, reflecting the infinite splendor of the sublime Creator. Herein reside the two qualities upholding the delicate interlace of our earthly and heavenly human architecture: Dignity and rectitude.

To replace in our hearts faith in God, the All-Living, with a dead matrix is surely the ill-fated exchange that the Surah of Al-Kahf decries: "Now, behold! We [God] said to the angels: Bow [your faces] down to [receive] Adam [into life and honor him]! So they [all] bowed down, except Iblîs [Satan], who was of the jinn. Thus he rebelled against the command of his Lord. Will you [human beings] then take him and his seed as patrons apart from Me [God] while they are an enemy to you? [How] woeful a substitute [this is] for the wrongdoers [who are godless in heart]!"(18:50)

What a devilish transaction, indeed? It strips men of their mutual khilafah, or responsible vicegerency of God on the Earth in their turn, making lords of a few and slaves of the many, reducing us to the base exploiters and ravenous blood-letters the angels saw in us, perhaps on the pattern of the unknown, divinely destroyed vicegerents of the earth our kind may have succeeded. "Now, behold! Your Lord said to the angels: I am placing upon the earth a [human] successor [to steward it]. They said: ‘Will You place thereupon one who will spread corruption therein, and who, [moreover,] will shed blood, while we ever exalt You with all praise and hallow You?'" (2:30)