A Pagan at College 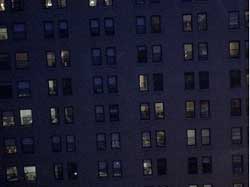 My first year away in college has brought about a few changes to the way I practice my path. The art of mixing your way of life with the requirements of college living can be an interesting challenge to take on, but with a little prior planning, the transition of your witchy ways from home to dorm does not have to be your biggest concern.

You Can't Take It With You

While packing my belongings to bring to my dorm in late August, my sister, excited at the thought of having a room to herself for the first time, cast an eager eye over my altar and shrine, and asked, "Are you taking those with you?"

I had to decide what I was going to leave behind. A quick glance at the list of forbidden items for my dorm immediately killed the bringing of candles and incense (the list even specified candles used solely for decoration). A line or two down was "knives, firearms, weapons," so my athame would be staying home as well.

Don't get me wrong, I like my athame; it's a nice tool to help direct energy, but like all tools, it is not a necessity. The candles I would miss as well, but those were an obvious fire hazard and I didn't feel like paying a hundred dollar fine per candle the school caught me with (not to mention the fact that my candles would be confiscated). The only thing you need to practice successfully is yourself.

If you are planning to bring ritual tools to college, make sure you understand your school's policy on candles, incense, and knives before you bring them. The police officer is not going to be inclined to listen to your explanation of an athame's purpose after he's found it hidden in your room. If you are going to push to have your tools on campus, talk to public safety before there is a problem.

The other items I struggled to choose between were my books. Dorm rooms have limited space that you (usually) must share with a roommate, and books can take up a lot of that precious space. I ended up taking Cunningham's three encyclopedias, Drawing Down the Moon, The Spiral Dance, Elements of Ritual, and Circle of Isis, plus my notebook of information. That was it. Painful though it was to leave behind the others - I am an avid reader - I brought only the staples and foundations.

Another note on space: you might have to accept that there simply isn't enough room for a permanent altar/shrine in your dorm.

I consider myself lucky. I have enough room for a small shrine to Yinepu, and even then I had to rearrange it so it was narrower than before. You want your altar to be in a place where no harm will befall it. My first choice for Yinepu's shrine was on the ledge next to the window, but one of my roommates uses part of the ledge to climb into her top bunk bed; she narrowly missed stepping on the shrine one night, and I moved it directly after the near incident.

If you can't find a place for your altar that won't accidentally be stepped on or have things fall onto it, I would suggest only setting up your altar when you're using it. You'll be rather unhappy if something winds up broken.

Why Can't We All Just Be Friends?

Roommates can be an issue. Although I hope it doesn't happen, you might get a roommate who looks at you a little funny for the altar or books, or worse, someone who is far too close-minded. Yet the fact still remains: you must be courteous to your roommates. You're going to be living with them, and anyone who's lived with siblings (whether in the same house or the same room) will tell you that life is a lot easier when you're on good terms with one another.

I warned both my roommates that I was going to bring a shrine with me, and asked them if that would bother them. Again, I'm lucky: my roommates are an Atheist and a non-practicing Hindu, and neither of them had a problem with my shrine.

If your roommate seems concerned or curious, I would suggest talking with them about the subject. (You should try talking with your roommates anyway, mind you!) It might be a tad awkward at first, but if you are going to an altar or another give-away sign out in the open, you should be comfortable enough to handle any possible questions about it.

Answer them as best you can, be understanding of potential reactions; don't pounce on him/her if s/he wonders out loud if you worship Satan, just politely explain. Remember, the media and popular gossip have not always been kind to our way, and that might be the only thing your roommate has had to go by before this.