Catholics Do This but They Don't Do That #7: Bible Books

Got a Bible handy? Take a look at the cover: it may well have "Catholic" somewhere on there. What's up with that? You don't see Presbyterian Bibles, or Church of God in Christ Bibles, so why do Catholics get their very own? Well, the answer involves Hebrew scriptures, Greek additions, Latin translations, Protestant Reformers, and traditional Catholic understanding. Ready for the whole picture? Read on.

Used to be that all Western Christians used the same version of the Bible, one that had been translated in the 5th century by a guy named Jerome. Before that, there were lots of different translations, and they didn't always agree. Pope Damasus I was concerned about all the differences and wanted something that everyone could use, so he turned to his brilliant secretary Jerome, who had learned Hebrew so that he could read the biblical texts in their original languages (he already knew Greek).

In good scholarly fashion, Jerome decided to go back to the sources. This was a little easier said than done for the part that Christians usually call the Old Testament. Jewish communities originally wrote their scriptures down in Hebrew, but when Greek became the common language for some Jewish communities a group of scholars produced a Greek translation, which we call the Septuagint.

Over time the Hebrew and Greek sets of scriptures started to differ a bit, with some things included in the Septuagint that didn't make the eventual final cut for Jewish scripture. These parts -- the books of Tobit, Judith, Wisdom, Sirach, Baruch, 1 and 2 Maccabbees, and additional sections of Esther and Daniel -- eventually became known as the deuterocanonical works ("deuterocanonical" means "second canon" -- they weren't part of the first Hebrew canon, but of the second Greek canon).

When Christians started translating the Jewish scriptures, they used the Septuagint. Jerome went right for the Hebrew, but he kept the parts that showed up only in the Septuagint because Christians of the time agreed that these were part of sacred scripture. Jerome created the Latin version that we now call the Vulgate, which comes from the Latin editio vulgata, the common edition. And common it remained to all of Western Christianity for many centuries.

Then along came the Protestant Reformation. Martin Luther translated the whole Vulgate into German but then later decided that some things really didn't belong in the Bible -- not only the stuff that was deuterocanonical, but Hebrews, James, Jude, and Revelation, too. Hmm, that didn't go over well. Protestants came to general agreement that all the New Testament stuff should stay in the New Testament; easy enough. They came to see the deuterocanonical stuff as not divinely inspired but still important and it all remained part of Protestant Bibles for centuries. Even the King James Version, which has been so influential in English-speaking nations, originally included all the books and stories.

Eventually Protestants started printing the deuterocanonical works in a separate section at the end of the Bible and things pretty much continued that way until the 19th century, when Protestant Bibles generally began excluding them as unnecessary and lots of people kind of forgot they existed. Take a look around the Internet and you'll even find discussions about Catholics adding these books to the Bible (people, please, learn your history!).

Orthodox Christians accept all the same deuterocanonical works as Catholics and a few more for good measure; the exact list depends on which Orthodox Church we're talking about. So that means that Protestants, Catholics, and Orthodox Christians all have somewhat different takes on the exact makeup of sacred scripture. Important, true, but that still leaves 66 books that all Christians do agree on. I'd say that the agreement is the most important part here, wouldn't you? 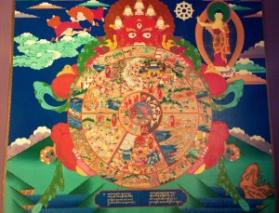 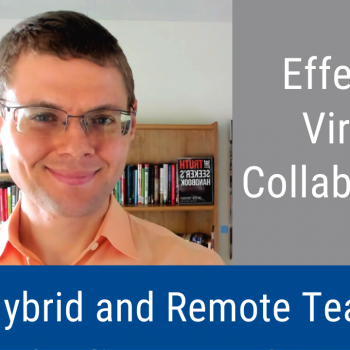 Intentional Ministries: When Congregations Are Pastors' Worst Problem
Cassidy McGillicuddy
About
Get Patheos Newsletters
Get the latest from Patheos by signing up for our newsletters. Try our 3 most popular, or select from our huge collection of unique and thought-provoking newsletters.
From time to time you will also receive Special Offers from our partners that help us make this content free for you. You can opt out of these offers at any time.
see our full list of newsletters