Catholics Do This but They Don't Do That #6

Question: What helped finance the building of St. Peter's Basilica in Rome, started the biggest break-up in Western Christian history, and can help keep you from roasting in a slow fire? Answer: Indulgences, of course. Misused in the past and misunderstood in the present, indulgences have a colorful and checkered history. And yes, although you hear less about them nowadays, they are still part of Catholic teaching.

When Christians in the early Church sinned, they could expect a really long and really public penance, but by the 10th century the Church was regularly allowing milder forms of penance, like saying certain prayers or fasting. But the idea of temporal punishment had come into play, bringing indulgences along with it. The first time we hear of it is in 1095, when Pope Urban II issued a massive indulgence to any nice crusader who would go kill some infidels, and the practice has continued along merrily since then.

Okay, not so merrily, since indulgences were the match that lit the flame of the Protestant Reformation. By the 16th century indulgences were being sold -- kind of a "pay the fine or do the time" situation: you pay a certain amount of money for a certain number of months or days subtracted from your temporal punishment. That's a pretty nifty trick if you're rich, really sucky if you're poor, and an awful theological mess all around. Like you can pay money to change your status before God.

Lots of people had challenged this abuse of indulgences, but a whole combination of right place-right time actions made Martin Luther's protest the spark that lit the flame. When Pope Leo X wanted money to build St. Peter's, he granted a local ruler named Albrecht of Brandenburg the right to sell indulgences in his area, with the two of them splitting the takings. Luther protested publicly, and voila! The Protestant Reformation was born. When the Council of Trent met to deal with the changes the Reformation was bringing to all of Christian society, it reaffirmed that the Church was A-OK to promote indulgences as a devotional practice but put the kibosh on the whole money-making aspect.

So how does an indulgence work? It's like a withdrawal from a divine bank account of goodness (the theological term is "treasury of merit"). In Catholic understanding, all Christians are united in the mystical body of Christ -- you, me, Jesus, saints, and all kinds of other folk. Because Jesus and the saints did so much more good stuff than the rest of us can manage to do bad, there is an abundance of good in the treasury, and the Church has the authority to draw on it and use it to help cover the temporal punishment for sinful stuff we do.

Indulgences are given for actions like saying certain prayers and performing good works, if these are done with the intention of living out Christian values and not just so that you can get an indulgence. They don't forgive sins, and you can't rack up a stack of indulgences with the intention of paying the temporal punishment price for some sins you're hot to go commit. So saying a bunch of rosaries as indulgence prep for a bunch of drinking and carousing on Saturday night -- yeah, that's not going to work.

Want to know about a particular Catholic practice? Ask Catholics Do This But They Don't Do That in the comment section below and watch for your topic to show up in weeks to come.

Monastic Strategies: Our Souls Cry Out For Something More
Greg Richardson
2

More than one
Coyle Neal
3 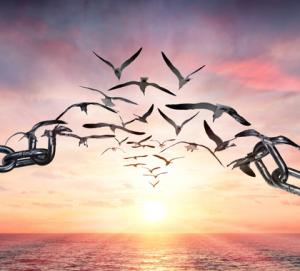 The Book of Job - Our Most Consequential Lie
Duncan Pile
4 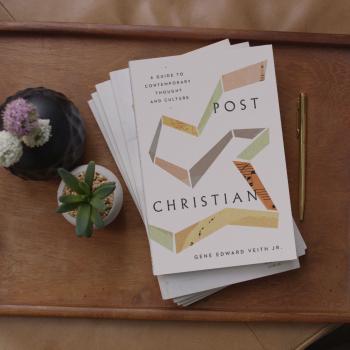 Is Secularism Crumbling?
Gene Veith
Get Patheos Newsletters
Get the latest from Patheos by signing up for our newsletters. Try our 3 most popular, or select from our huge collection of unique and thought-provoking newsletters.
From time to time you will also receive Special Offers from our partners that help us make this content free for you. You can opt out of these offers at any time.
see our full list of newsletters
Editor's picks See all columnists