Even more Koreans in North America choose Christianity than do those who remain in Korea.  Immigrant churches are packed with adults who speak only Korean and led by pastors who speak only or mostly Korean.

Across denominations in Korean North American churches, parents and children worship separately.  Preschool through college-age services are often in English.  Whether they are "1.5" (raised here) or second generation (born here), the kids have more chances to learn English, and their parents want them to use English so that they will excel in school and work.

During college, young Koreans sometimes cluster in Korean- or Asian-American campus ministries, grateful for peers who understand their conflict with parents who want them to achieve the American dream yet retain their Korean heritage.

However, few Korean Americans who graduate from college and find good jobs end up joining their parents in the pews.

"The second generation can't speak Korean very well. They see U.S. culture as 'higher' than Korean culture, so they focus on doing well in English.  With good English, they can go anywhere," says Jin So Yoo, pastor of All Nations CRC in metro Los Angeles.  All Nations' separate Sunday worship services draw about 2,000 Korean-speaking adults, 50 Spanish-speaking people, and 100 second-generation Korean Americans. It also has extensive programs for children and youth.

Since the 1990s, pastors, scholars, and journalists have been speaking, studying, and writing about the "silent exodus" from Korean churches in North America.  Estimates of second generation Koreans leaving the church vary from 55 to 90 percent, depending on whether you count those who leave Korean-language churches but join Anglo or multiethnic churches, those who still call themselves Christian but don't act on it, or those who completely leave church and faith behind.

Several factors fuel the silent exodus: scarce training in North America for Korean-speaking pastors; few bilingual youth pastors; churches' perceptions that they can afford only to focus on first-generation needs; resistance to worship changes; and disagreement over the pastor's roles.

But pastors are finding new ways to renew worship and reach the next generation.

Immigrant congregations are agreeing to become bilingual, which is made all the more possible because many, across denominations, already use Come, Let Us Worship, a Korean-English hymnal that comes in Methodist and Presbyterian versions.  Some churches, such as Korean Grace CRC in Wyoming, Michigan, also offer headphones and simultaneous translation so that worshipers who don't speak Korean can understand much of the service.

"We're starting to put English translations on the screen for the main points of the service, especially the sermon.  It's more welcoming to visitors and English-speaking spouses," says Hyuk Seonwoo, pastor of Zion Korean United Methodist Church in Warwick, Rhode Island.

Seonwoo spent 18 months preparing his congregation to accept the practice of weekly communion.  "At first church members felt that weekly communion was less holy."  But now, he said, "People keep saying that they have a deep sense of reverence."

The whole church -- both children and youth, who worship downstairs in English, and adults, who worship upstairs in Korean -- join for weekly Holy Communion. They use both languages for songs and liturgy, and Seonwoo encourages groups of any age and arrangement to provide special music in the language of their choice.  Seonwoo has become especially interested in liturgical symbols and actions that speak wordlessly.  "Even without words, by celebrating Holy Communion, people can see and experience that we are one body of Christ - across generations, across cultures, across languages."

Developing a heart for mission and worship

When Jin So Yoo immigrated to metro Los Angeles in 1996 to head the U.S. branch of Tyrannus Hall, a Korean Christian publishing house, he automatically became pastor of All Nations, a small Hispanic congregation.  He explains that because many Koreans first immigrate to South America, as a stepping stone to the U.S., they eventually speak Korean, Spanish, and English.  Years ago, his trilingual predecessor invited neighbors to a bulgogi (Korean BBQ) picnic.  Hispanic picnickers liked the man's preaching and asked him to start a church.  They wrote into their bylaws that their pastor would be the leader of the L.A. publishing house.  That's how Yoo became pastor of people whose language he couldn't speak.

Fortunately, other trilingual Koreans stepped in.  Meanwhile, against his original intentions, Yoo started a Korean congregation at All Nations.  "People asked me to and God gave me his word, Mark 6:34, about Jesus having sympathy for sheep without a shepherd.  Korean immigrant churches have a lot of issues with visionary leadership and spirituality.  They move from church to church.  In Bible studies and worship services, I emphasize inner healing, mission, and discipleship programs for all ages," Yoo says. 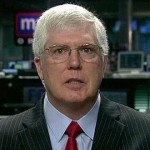 Christian Death-Cult Leader: Everyone Should Avoid "So-Called 'Vaccines'"
Hemant Mehta
Get Patheos Newsletters
Get the latest from Patheos by signing up for our newsletters. Try our 3 most popular, or select from our huge collection of unique and thought-provoking newsletters.
From time to time you will also receive Special Offers from our partners that help us make this content free for you. You can opt out of these offers at any time.
see our full list of newsletters
Editor's picks See all columnists